We’ve been hearing news on various Indian two wheeler makers entering various International markets to tap the potential out there with their products. The usually heard destinations are Latin America, a few African markets and a few South Asian markets. For a change, I’m now reporting an Indian company foraying into the Egyptian market. 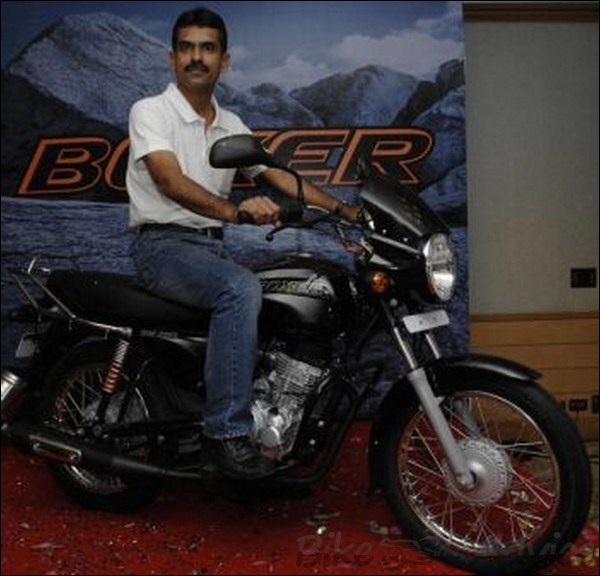 The company is none other than Bajaj Auto, the country’s second largest player in the two wheeler segment. The company recently launched its latest offering Boxer 150 out there. The Bajaj Boxer 150 features its flagship ExhausTec technology, which the company projects to be environment friendly and fuel – efficient as well.

The company had said in a statement, “The new motorbike has a customised design and technology, in accordance with the requirements of the Egyptian market, which made it safe, distinct, stable on the road, solid and reliable in the toughest conditions of movement and travel.”

As part of its promotion activity, Bajaj Auto had launched an event called Bajaj Marathon right in front of the pyramids wherein 15 Boxer 150 bikers will tour the entire governorates of Egypt over 13 days by covering a distance of 2,500 km to showcase the strength and quality of the new motorcycle. This activity would enhance the company’s image in the Egyptian market.

At the time of launch, Mr. Dharmesh Banerjee, Director of Planning and Marketing for Bajaj Auto, India, said “The launch of the new motorcycle, Boxer 150, in the Egyptian market is intended to serve the middle class and low-income people and help them accomplish purposes of trade, professional and small projects that will improve their living conditions.”

The company expects that its latest offering will do good in Egypt because of the fact that the bikes presently available there faces a lot of problems like excessive vibrations, engine overheating and so on thereby making them highly unreliable and least value for money paid by the customers. Probably, this is one of the reasons for the company to have forayed into this particular market. The Egyptian two wheeler market is presently dominated mostly by Chinese players over which customers had recently expressed high levels of dissatisfaction. For Bajaj Auto, it was indeed a smart move at the right time.

Mr. Banerjee also added, “For a whole year, we have been doing some extensive field research only to find out that the people in Egypt are aspiring for a better motorcycle, but having no alternative to the currently sold Chinese bikes. Hence, to fulfil this rising need, we thought of making a ‘No Problem’ bike: Boxer 150.”

Bajaj Auto hasn’t got into the Egyptian market directly but are assembled and marketed by a firm named ‘Ghabbour Auto’ which has a wide network of branches and dealers across Egypt.

What do you have to say about this new product in an all new ,market. Is this a smart move? Leave your comments in the box below.