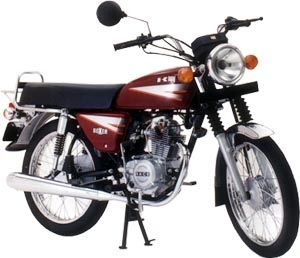 In an interview with Financial Chronicle, S Sridhar Chief Executive (two wheeler) Bajaj Auto told that Boxer will be launched in the commuter space where there is a strong boom.

He didn’t give any pricing and technical specifics of the model but said that Pulsar and Discover will remain the focus brands for the time being and Boxer will initially start in a small way while KTM will also happen soon.

Earlier in October 2010 it was reported that Bajaj Auto is developing a new 100cc motorcycle that will cost less than Rs. 40,000 but some industry officials declined to name believe that new Boxer could have 125cc engine capacity with price tag lower than Hero Honda Splendour which currently retails at Rs. 42,000.  Currently Bajaj Auto produces Boxer for export purpose only. Bajaj Boxer has become dominant brand in South Africa.  It also commands premium over Japanese rival in South Africa.

Bajaj Boxer had glorious past in India. Boxer was reference brand in entry level segment and always remained leader till it was discontinued in 2007 as Bajaj Auto shifted its focus from 100cc entry level motorcycle. The company replaced it with Platina brand sales of which currently capped to 40,000 units a month.

It seems like after success of its 100cc Discover in deluxe motorcycle segment Bajaj Auto now wants to regain its market share in entry level segment as this segment is witnessing tremendous growth. Apart from this Hero Honda break up is also another reason for Bajaj Auto to relaunch its Boxer brand.

After spilt with Hero group HMSI has become aggressive in premium segment which is currently dominated by Bajaj Pulsar. HMSI is also planning to launch 6 new motorcycles starting with CBR250R while Hero Honda is focusing on export and entry level segment.  Both of the things can dent Bajaj Auto overall market share.