Greetings! The Indian two wheeler industry is aiming higher with passing of every single day. Many manufacturers are setting themselves uphill goals that would not only help enhance their brand value but also increase revenue and profits too. Bajaj Auto is no exception as far as goal setting is concerned as they aim to export as much as 2 million units in coming 3 to 4 years. The company is backed up by good demand in regions like Latin America, Africa, Middel East and South East. Bajaj has set themselves this humongous goals s because of the increasing demand of their products globally. As per the statistics, Bajaj did export more than 1 million units of two and three wheelers in the last fiscal. 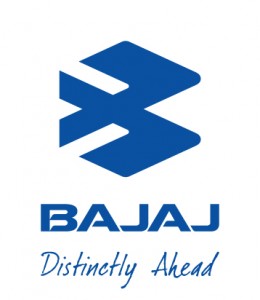 Bajaj Auto’s chairman Rahul Bajaj said that the company has exported over 1.2 million units in the financial year 2011 and thus they are looking to breach the 2 million mark in the coming 3 to 4 years. He also said that the company has been able to “globalize India” by surpassing the 1 million mark in their exports. Bajaj Auto exported 12,03,718 vehicles in the financial year 2011, a 35% increase over the previous year’s export. Also the revenue from exports represents a substantial part of the sales. In FY 2011 exports accounted for Rs. 4,552 crore in revenue which represents 28.5% of total sales. Thus increased exports would mean more markets, more revenue and more profit.

Rahul also said that the company is concentrating on Africa with increased presence in Nigeria, Uganda, Kenya and Angola. Not only Africa but the company is doing well in South East Asia with Srilanka growing at 76% and Bangladesh at 36%. The company’s annual report said that South East Asian markets are showing great demand for the Pulsars and thus increasing specific exports would only mean more revenue for the company. On the other hand Latin America also has bounced back in terms of demand for Bajaj’s vehicles. All in all, the company aims at clocking the 2 million mark in next 3 to 4 years because all the countries are showing great chances of growth which in turn would mean more revenue and brand value for the company. We will have to wait and see if the company actually succeeds in conquering this uphill task they have set for themselves, we wish they do.