Hi, I am Sandeep Singh, a naval officer at the Indian Navy. A few months back I was caught in a big dilemma about the most common question which any layman faces these days when he plans to go for his steed “Which one?” I was confused between Hunk and Karizma R from Hero Honda, Thunderbird from Royal Enfield and Avenger 200 DTSi from Bajaj. I researched through many sites and came across BikeAdvice.in and was very impressed by the simplicity and ease of language people use here. I wanted a bike with the most comfortable and relaxed ride, ease and vicinity to the service and care centers, easy maintenance and off corse good looks. 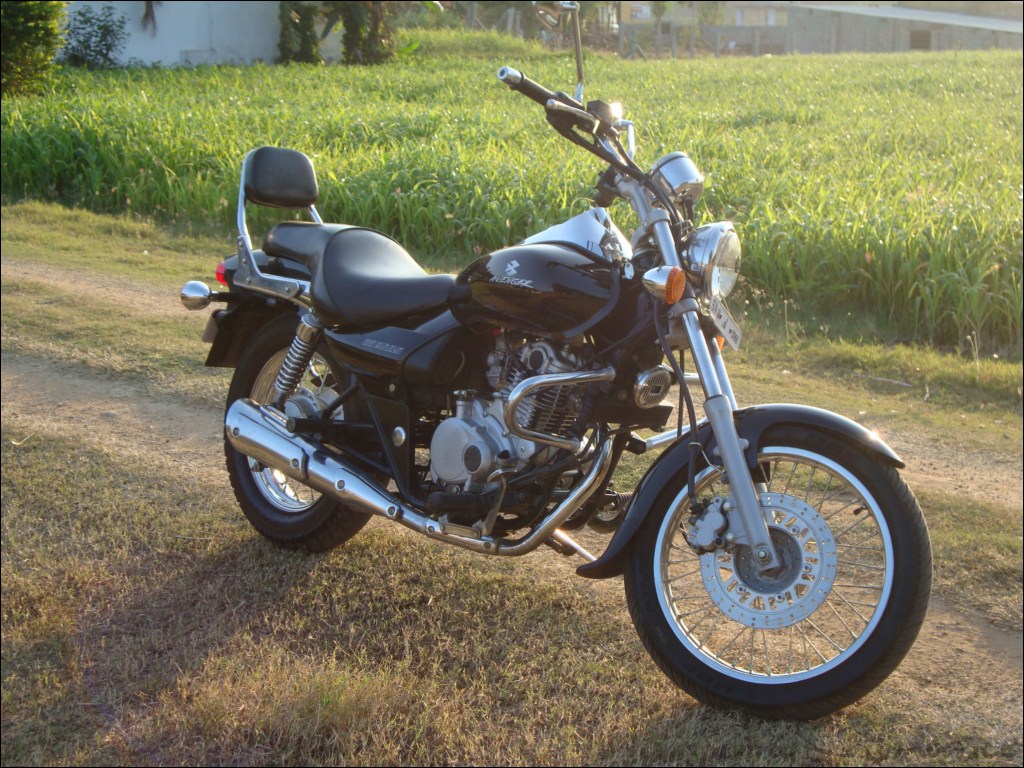 After a lot of research, test drives and discussions with friends, finally I decided to go for Bajaj Avenger 200 DTSi over the others. I dropped Thunderbird because of the reliability issues it is infamous for along with the serviceability issues it faces quite frequently. I felt Hunk a little underpowered compared to the others, also the comfort level was not upto the standards I had set for myself. Though Karizma was a little difficult to eliminate but I wanted to ‘cruise’ happily rather than munch miles with an extra thrill. I wanted a sedate bike which would take me to a silent world without letting me worry much about other ado. 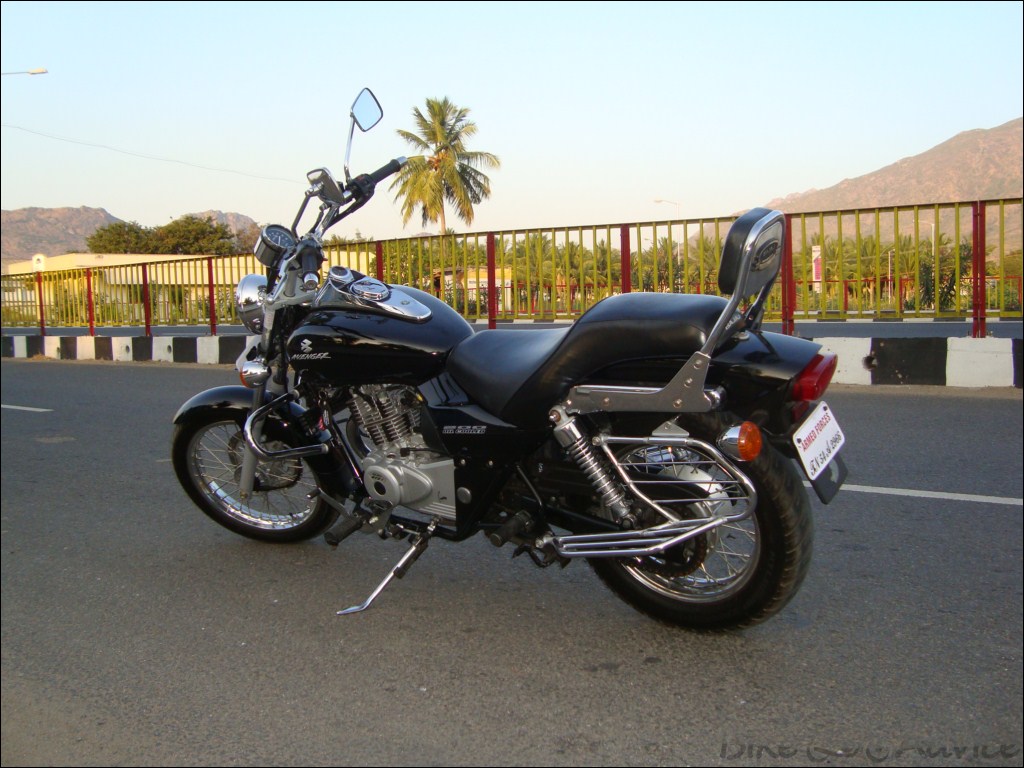 Finally, after a little wait I got delivered my Avenger in May 2009 in Salem through Coimbatore. It costed me approximately 73k on road including everything. I was also confused on which color to go for. I chose the ever so versatile Black color over others as I felt red and blue to be a little too flashy whereas silver looked dull and had a feminine touch involved in it (or probably I felt so, as a lady naval officer in my base had a silver Avenger!). As shown in the ads, the bike also has an optional windshield but I preferred not going for it as it looked too big to me and did not go well with the overall looks of the bike. 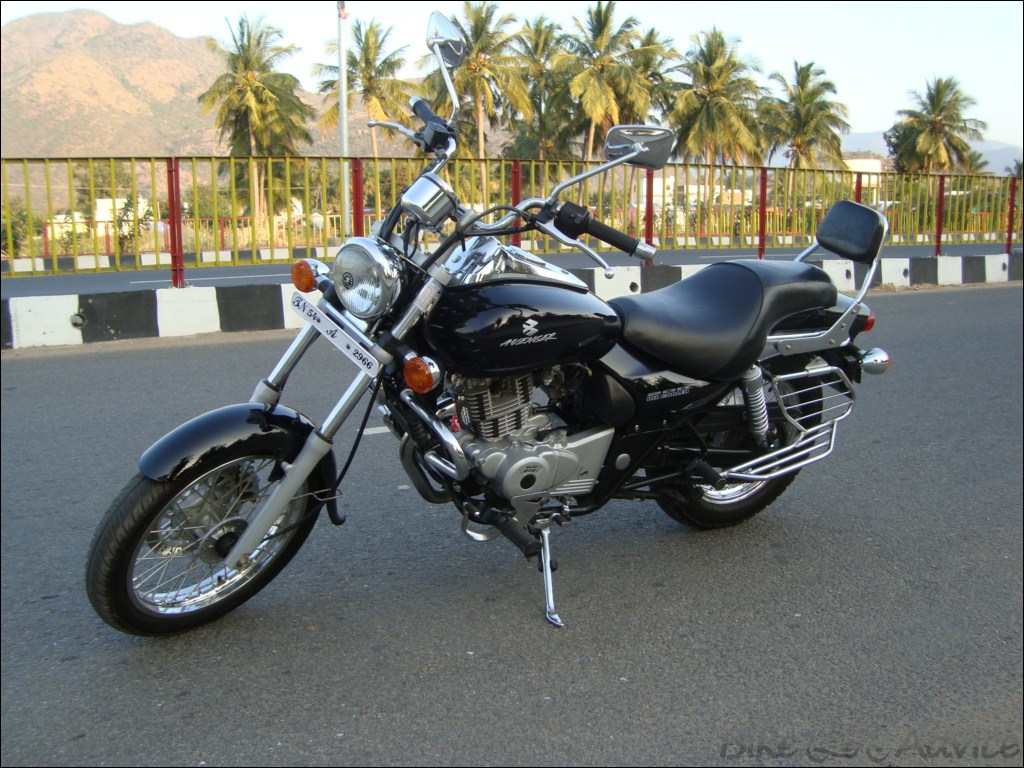 Since then the bike has been my mate in my goods and my bads and has been serving me for all these days. I have had good as well as not so good times with the bike which I would list down a few words later. But I must admit that I always feel that I have made the right decision. The ‘feel like God’ factor while cruising comfortably at 80-90 kmph is a feeling that cannot be expressed in words and the seating posture, engine beat, the open chested stance along with the whole aura of the bike has made me fall in love for it. The throw of power at a little swing of the wrist, the ease of pulling heavy loads at steep rides, the soothing comfort, the rock steady behavior at high speeds and the ease of handling all make this bike stand out of the crowd. 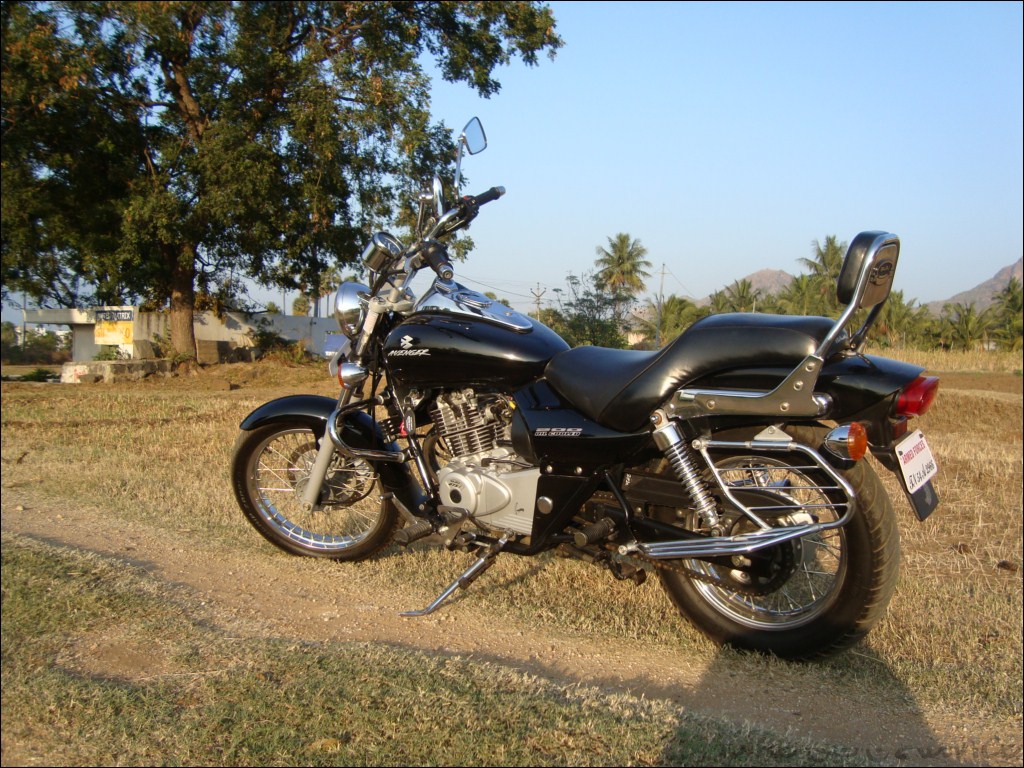 I have ridden the bike for quite decent distances but the best one for me was the Cochin-Salem 330 kms ride which I covered from morning to evening, nonstop! The serene calm roads, the awesome green mountains, the beautiful roar from the exhaust, the cool wind blowing right through the ears made this trip the best ever for me so far. The engine did not feel a zilch stressed even after travelling at high rpms all through the day for continuous 330 kilometers of the journey. All through the journey I felt as if the bike was trying to convey a message to me, the message of satisfaction, the message of adrenalin and the message of contentment.

Now I would talk about the materialistic things of the bike and you might find a direct comparison with Thunderbirds every now and then due to the similarity of characters of the bikes.

1) Very Comfortable Rider Seat: The seat has been designed keeping in mind the kind of a person riding the bike, tourer or a long distance rider and Bajaj has been largely successful in making one of the best seats. It has been kept wide and it is not as hard as the current Pulsar 220. In fact, it is an optimum mix of softness and hardness which doesn’t give pains while riding the bike for many kilometers on a stretch. During my whole journey from Salem to Coimbatore, my butts never craved for rest. 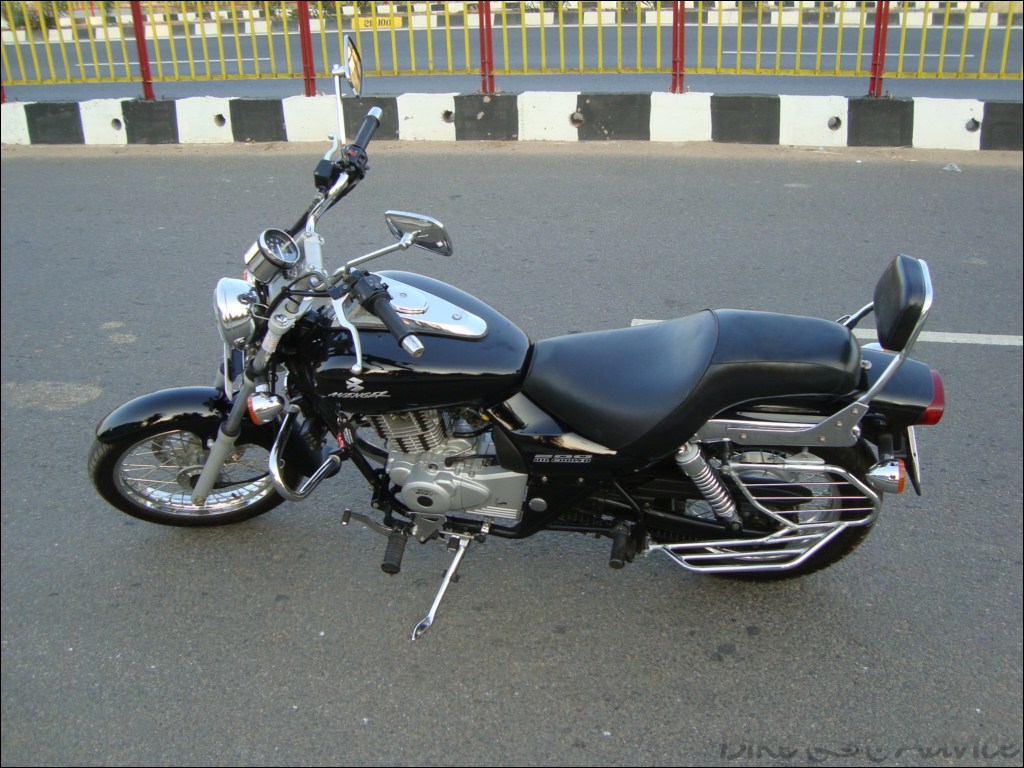 2) Back Rest for Pillion: One more good point about the bikes comfort is that the rear seat is coupled by a padded back rest for the pillion which is amazingly comforting for the back and the upright posture for the pillion ensures that he is kept at ease no matter how long the distance is.

3) Excellent Shock Absorbers: Coupled with the above, I felt this bike has a fantastic set of shock absorbers. Though they are not the much touted Gas shock absorbers, they do their job reassuringly well. And along with the fat tyre, my bike eats up potholes as if they do not exist!

4) Fuel Indicator: It’s a little innovative feature that the fuel indicator is kept on top of the petrol tank. With the all chrome console, it looks beautiful and adds to the looks of the bike. 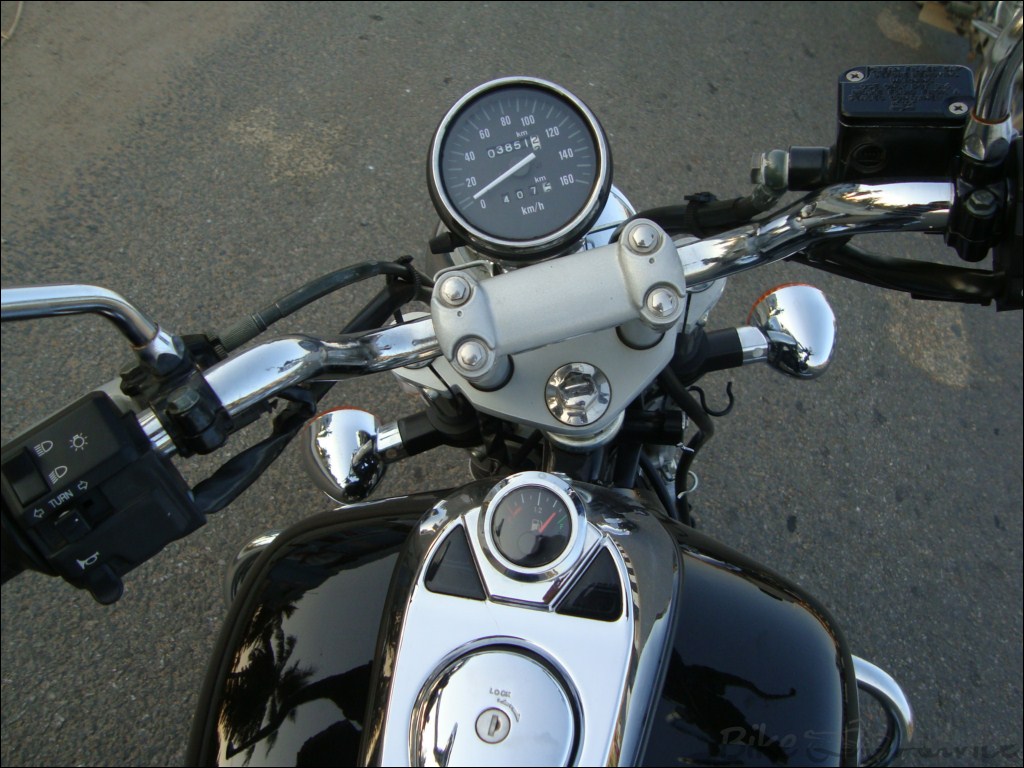 5) 55W all DC setup: The headlight is one of the most powerful in the Indian market and riding through the darks is as easy as it can become. The spread of light through the chrome plated small headlamp is also very wide. Though, Bajaj can switch to using clear glass which would further increase the light throw. 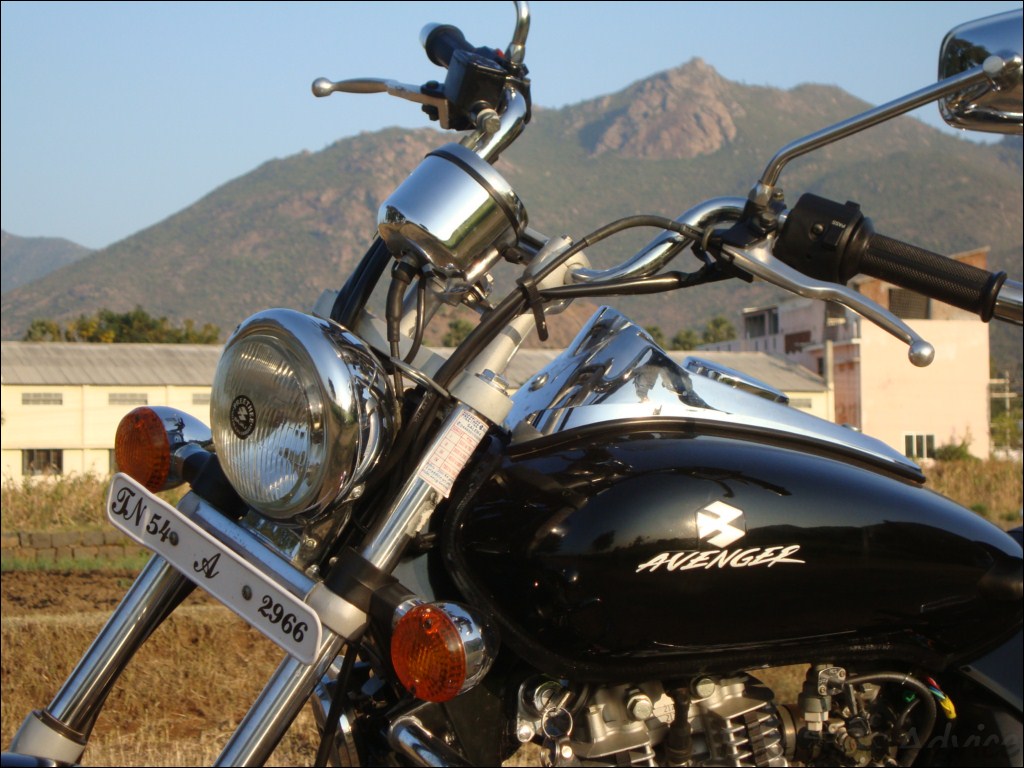 6) Mileage: It turns out to be quite frugal when it comes to drinking fuel. My bike has been returning me fuel efficiency figures of 34-35 kmpl in cities and 40-41 kmpl on long roads or open highways. Considering the specs of the bike, these, according to me, are very respectable figures.

It’s not that I love everything about the bike, there are things which I have not liked very much and there is a certain room for improvement:

1) Notchy Gear box: As has been the case with Bajaj since inception, Avenger also carries the legacy Bajaj notchy gearbox. Especially after riding the Hondas and Yamahas of our world, it feels I have gone back a few years when I switch to my bike. Changing gears is a little issue, finding neutral requires both time and energy (and sometimes permutation and combinations as well!) and the overall feel of the gearbox is not up to the mark. A bike of this caliber definitely deserves a better gear feel. Nonetheless, Bajaj is working towards it. The new Pulsar 220 DTSis gearbox is a whole lot better and I expect them to equip all the bikes with a similar one. 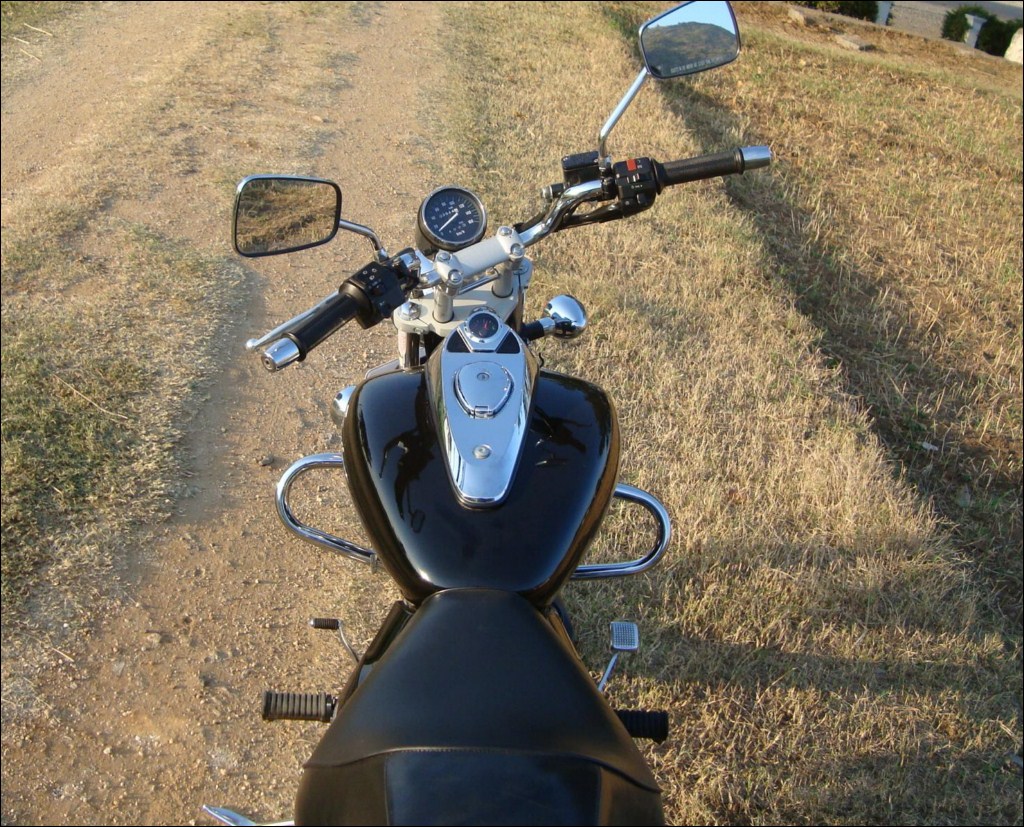 2) Huge Turning radius: With a huge wheelbase of 1475mm, being a cruiser, this bike has the largest turning radius among any Indian bikes and understandably so! On the highway it aids in the stability big time but once you are caught in a congested traffic, you would repent entering that very lane. 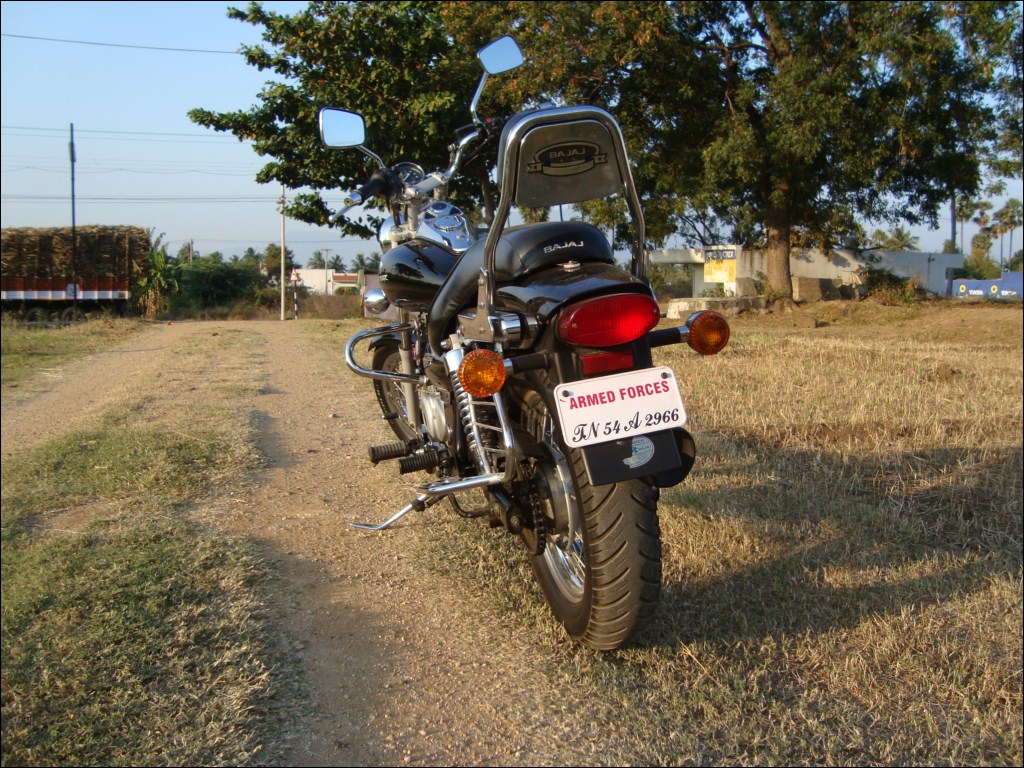 As has become a trend of late, this bike also comes equipped with an only self start option. So far, I have never ever felt the need for a kicker and the bike has started almost at the first crank always! One more thing which I have noticed is that this bike is less prone to rusting than Thunderbird. I have seen a lot of my friends reporting the rust problem on their Thunderbirds and they use Rustlick spray often.

I would also narrate one funny story about my bike. During the initial week I found out that the speedometer and odometer were not working. I changed the cable 4-5 times during the first two months, but annoyingly the problem persisted. In despair, I talked hard with the service center guy who then called up the engineer in Pune. It was found out that the problem was with the speedometer console itself and all the bikes which belonged to my lot had this problem. Bajaj finally changed my bikes console and since then it has been a cozy ride for me.

Have a nice day,
Sandeep Singh