Auto Industry in the wake of this century has turned highly competitive and those who have the ability to mould themselves can only survive in the industry. Recently auto sector saw major cutbacks in production and revenues due to the Japanese disaster but have responded well. The U.S auto industry was not that hit by the disasters as the markets in U.S were responding well and that lead to gains for the industry as whole. 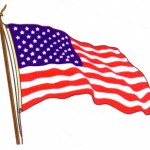 The U.S auto industry however could not keep up the momentum going as their sales in May dropped 3 to 7% from the earlier year. This was basically because of the supply shortages and rising gas prices. Almost all the players of the auto industry were at loss but the steepest decline was seen in Honda (23%), Toyota (33%) and Nissan (9.1%). The major factor that ignited the loss of revenue is the shortage of models caused by the March earthquake in Japan.

There were however few manufacturers that posted some gains on charts which includes Hyundai with 21% increase in sales and Chysler with 10.1% gains. However the rest of the auto industry was destined to fade away in oblivion in the month of May. The U.S government sold its stake in Chysler (owned by Italian automaker Fiat) at a loss of $1.3 billion. The auto Industry was effected sharply in may and as a result some corporate actions were took in the month which includes; Ford plans to introduce small engine by 2013, General Motors said that it will invest $88 million as a part of $2 billion investment plan in 17 U.S factories. All in all, the manufacturers and the government are taking some consolidated measures to undo the losses in the month of May. We can just hope that they succeed in their efforts.