TVS did not create much hype at the Auto Expo. So less so that they did not even get a media slot for themselves during the media days! 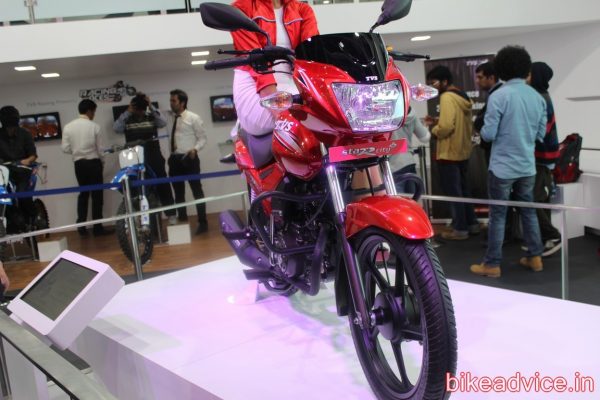 Nonetheless, they did display some of their new motorcycles and one of them was a new commuter. The new commuter from TVS is based on the popular TVS Star and is called as StaR City+ and was kept on display at the Expo. TVS also confirmed that the bike will be out for sale in the next 3 or 4 months.

StaR City+ comes with a wee bit of changes to the original bike with new styling, new graphics, and ride switch with 2-way adjustable rear shock absorbers. As the name would suggest, the bike has been optimized for urban riding conditions. 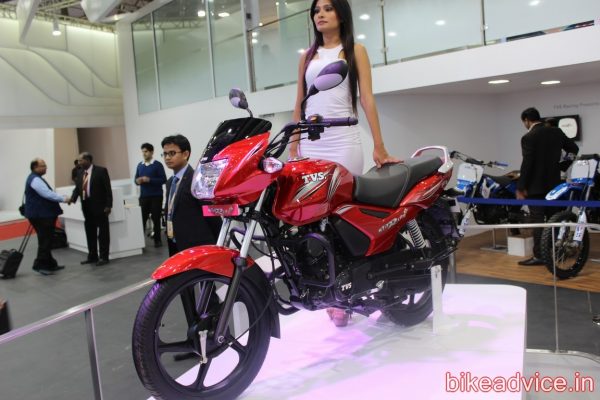 The 4-stroke 110 cc Ecothrust engine of the StaR City+ delivers about 8 bhp max at 7500 RPM and a maximum 8.1 Nm of torque at 5000 RPM. The transmission is 4-speed constant mesh. Wheels get alloys with drum brakes fore and aft.

There are several new features that have been introduced like: 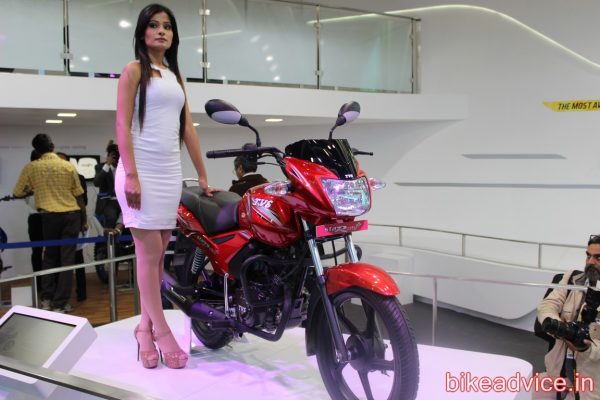 Will the new Star City+ give any significant momentum to TVS in the fiercely fought 100-110cc segment? Will you prefer it over others?