The theme of the Yamaha booth at the Expo this year is “Revs your Heart”. The stall has on display multiple models for the motorcycle and scooter markets plus intro of some of the corporate initiatives in progress. Including the concepts, a total of 16 models are on display. 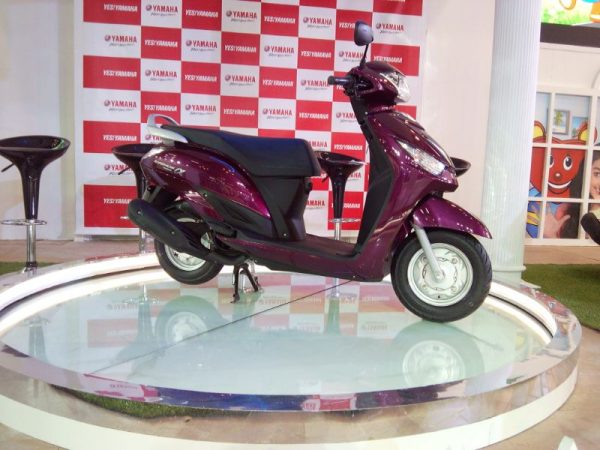 The company has launched a new scooter called the Alpha. The scooter has an air-cooled, 4-stroke 113 cc engine with Continuous Variable Transmission (CVT). The engine is rated at about 7 bhp with 8 Nm. Yamaha claims a mileage of 62 Km/L with Alpha. The scooter comes in black/gray/white/red/magenta colors and is priced at INR 49,518 in Delhi. Yamaha plans to sell 200,000 units of Alpha in the first year in the country.

The Yamaha stand is divided up in different zones. There is the Family Zone displaying Yamaha’s brand new scooter The ‘Alpha,’ the Ray Zone, the Z-Zone showcasing the Ray Z, SZ Series and FZ Series along with the FZ-S concept. 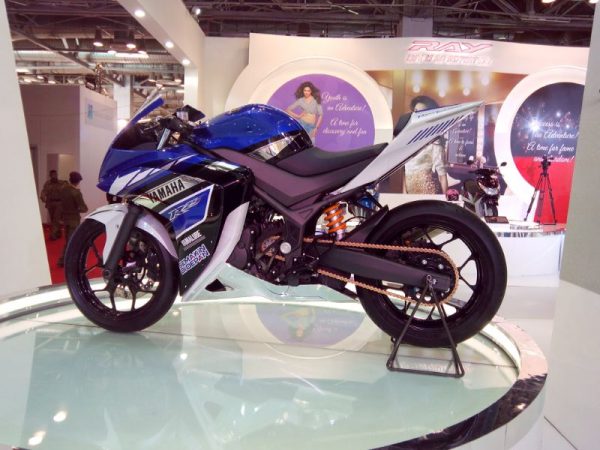