TVS has always been a dominant name when it comes set to Indian racing. Most of the Indian bike racers share their legacy with TVS racing at their initial point of career building. It is the continuous efforts of this team that led to the bringing of TVS Apache series of bikes on road in the Indian market. Apart from a few minor issues the bike is really one of the nest bikes as on date in the nation. 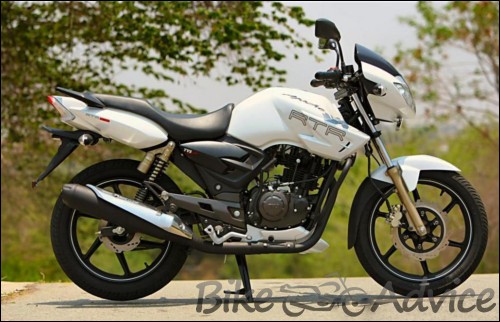 Initially when the bike was launched, there was only the 150cc variant which then became 160 over a period of time and then came the 180cc variant as well with more power added to the bike which unleashes the Racing DNA.  The bike had already seen a couple of facelifts with inclusion of air – intake scoops along the fuel tank. There was also a small change in the graphic pattern in the Apache series with the Hyper-Edge badge.

Apache also became the first Indian bike to sport ABS on the 180cc variant. TVS has been doing great business in the Indonesian market and Apache series is one of the best 0p sellers out there. There is also the Velocity model which is basically a street – fighter but inherits from the genes of the Apache itself.

There have been a lot of speculations on the Apache in the past few months. There were rumours that there will be a 200cc or a 250cc engine with which the bike will come up with. There were also expectations that TVS Motors will announce the launch of Velocity model in India. But now, it seems that the South Indian based company which is the third largest player in the nation is seriously considering the ideas of either upgrading the bike or going for a facelift.

The new breed of RTRs might be exceptionally good in terms of styling. However, we’re clueless when it comes to the engine upgrading part. This new breed will hit the showrooms in around a month or two and we expect it to be prices reasonably retaining the value for money tag. 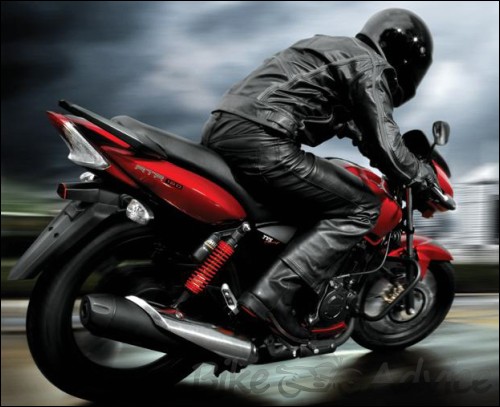 The reason for the bike’s success on India is the way it is priced. In the band of 73k – 85k, this bike is been adored by the youth for the styling cues it carries forward. The attractive colour schemes with which the bike is wrapped up with is another major attraction for the RTR series.

Stay updated on this news by staying with us as we bring more updates as and when possible.