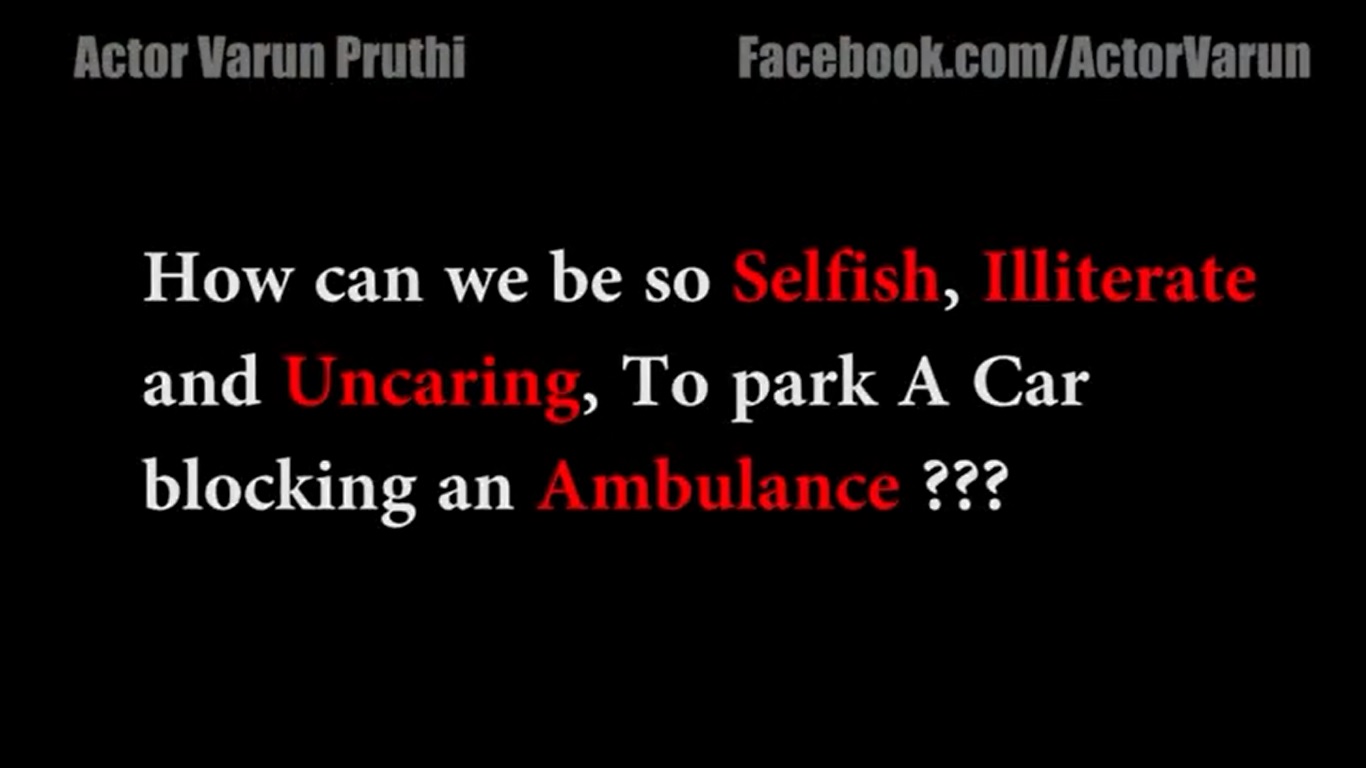 The callousness of the Indians on the road is famous the world over. But sometimes it reaches such a level that it just cannot be tolerated. Rules? What are they, some random gibberish eh?

Get a grip guys, they are the very things which prevents a society from losing itself to chaos! There is nothing bigger than driving etiquettes on the roads. While the educated public of the country call themselves civilized, they fail to realize the fact that the way they treat emergency vehicles is downright uncivilized and to a great extent even inhuman.

Most of the people even fail to realize the fact that the rightmost lane in a road is reserved for emergency vehicles and they are supposed to give way as soon as possible; and not try to stay in front of them in order to reach their destination quicker.

Ambulances are one of the first life-saving emergency measures and sadly, India would rank the highest in terms of deaths due to ambulance delays! Do we really want to be proud of this?

People fail to realize that this delay can kill a fellow human. So much so for calling yourself nationalist if you cannot even help saving a fellow Indian’s life! In a beautiful but shocking video made by an enlightened citizen, we can get a very good idea as to how weird Indians are to traffic etiquettes when it comes to making way for ambulances.

Even if you are stuck at a traffic signal, one is supposed to make way for an ambulance. Parking your vehicle in a manner in which it becomes completely impossible to move the ambulance is not just insane but could aptly be called as an act of murder. Each second counts! This, my friend, is not something to be proud of…Imagine if it were you or your dad or mom fighting for his/her life in this Ambulance!

We at BikeAdvice and Motorbash request and plead all our readers to obey traffic rules and make way for emergency vehicles. Remember, if its not you inside today, you can be the one some other day…!

Also share it across as much as possible so that we educate or enlighten as many people around us as possible!