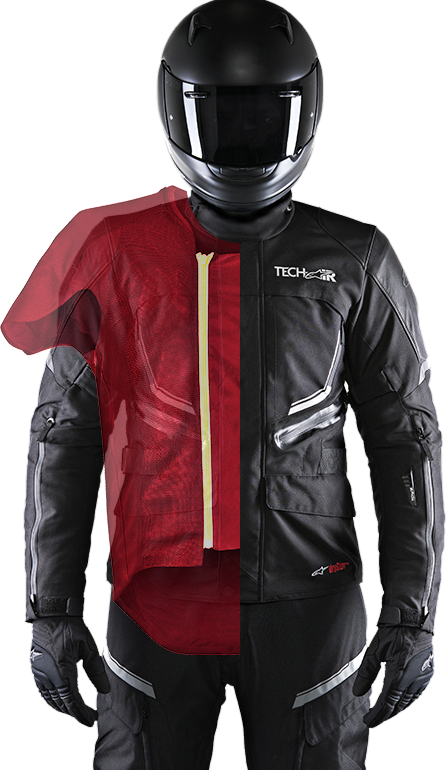 Anyone riding anywhere, for a better part of a decade, will tell you how traffic has become increasingly maddening over the past few years. That, coupled with the bikes getting faster, quicker, and more readily available to the masses have also contributed to an increasing number of road accidents.

While the sight of a moron – in fake Ray-Bans, a helmet up his elbow, and red/yellow slippers riding in a zig-zag manner on a straight and empty stretch of road – is still too common on our roads, the frequency with which you come across a well-kitted rider has also increased.

It’s the latter kind that cuts no corners when it comes to safety on roads. He would never ride in the wrong direction, or jump a traffic signal, etc., and he would never ride without wearing protective riding gear. It’s for such people that Alpinestars has developed “Tech-Air” street airbag system, or an “airbag” for a motorcycle rider in simple language. 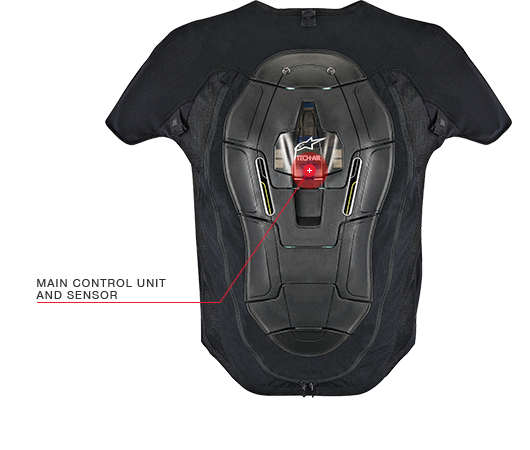 But it’s not to be confused with the one that Honda provides on its Gold Wing. The Alpinestars airbag would work irrespective of the type of motorcycle you ride; so whether you ride a Platina, or a Ninja H2, just does not make a difference. The Alpinestars website mentions that the rider can switch bikes without having to ‘reconfigure or reinitialize’ the ‘bike-to-rider set-up’. The Tech-Air system is completely housed within the jacket and is immediately ready to use just like other riding jackets.

The company also claims to have done extensive research and testing to conclude that a rider’s body remains relatively stable, regardless of terrain, until the point when an accident develops. And the Tech-Air software algorithm is formulated to ‘predict’ the impact, ensuring the airbag is deployed BEFORE the rider hits an obstacle.

Well, we can see in the video above how the jacket (the airbag in it basically) inflates (in 59 milliseconds) immediately upon the bike hitting the car, but certainly BEFORE the test dummy flies off the bike due to the severe impact, which is again before it comes into contact with hard metal and ground.

Alpinestars claims that this system provides comprehensive protection to the rider’s upper body covering all major areas like the chest, complete back, shoulders and kidney. This jacket would be available from 2015 onwards, and the price has not been announced as yet. Whatever be the price, it can never be more than your life’s worth. And even if you can’t afford this one, just at least make sure you buy AND WEAR what you can RIGHT NOW – again, irrespective of the bike you ride and the distance you cover!