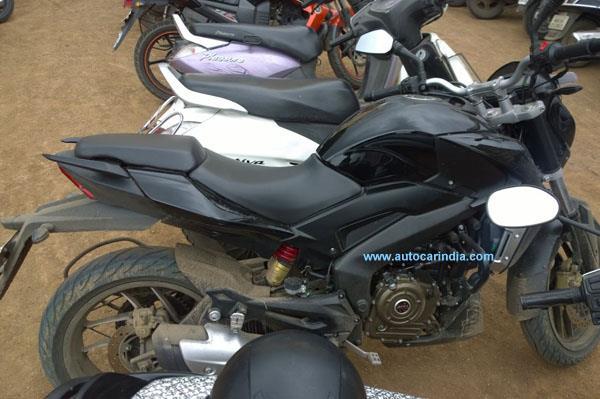 Bajaj Auto has recently conducted its annual general meeting and in its backdrop their Managing Director, Mr Rajiv Bajaj, has confirmed that they will be launching the next Pulsar in August. The brand Pulsar, ever since its introduction, has been trying to democratise performance. Giving enthusiasts a taste of power at affordable price tag has helped Bajaj to make Pulsar as one of its biggest success story.

Spy pics of the Pulsar CS 400, which had been showcased for the first time at the Auto Expo 2014, have been floating around for a long time now. While most of them have been covered with ugly camouflage, Autocar India has posted uncamouflaged pics of the bike in black and it certainly looks quite the stunner.

The all-digital instrumentation has been split, with one in the traditional position while the other shifts to the fuel tank. Yes, the Diavel inspiration continues! The CS 400 in production version will not be carrying upside down forks as seen in the concept model. The visor will definitely help in deflecting the wind blast. 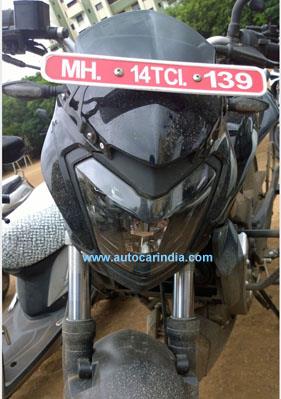 Bajaj has taken the mill from the KTM 390s and have tuned it as per their requirement. The output can be expected to have been reduced for increasing the fuel efficiency and also fitting with the tourer centric nature of the motorcycle. The triple spark mill can be expected to churn out around 40 odd bhp.

“Next month we will launch the all new Pulsar 400 and I feel that the same revolution will happen all over again, and disrupt the market.” 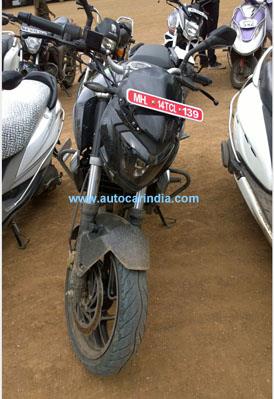 Now while the Pulsar 400 can also be the SS400 (or RS 400) but as per our understanding the faired 400 is still some time away. The CS 400 is all set to become the fastest and the most expensive Pulsars yet.

Excited? We certainly are.