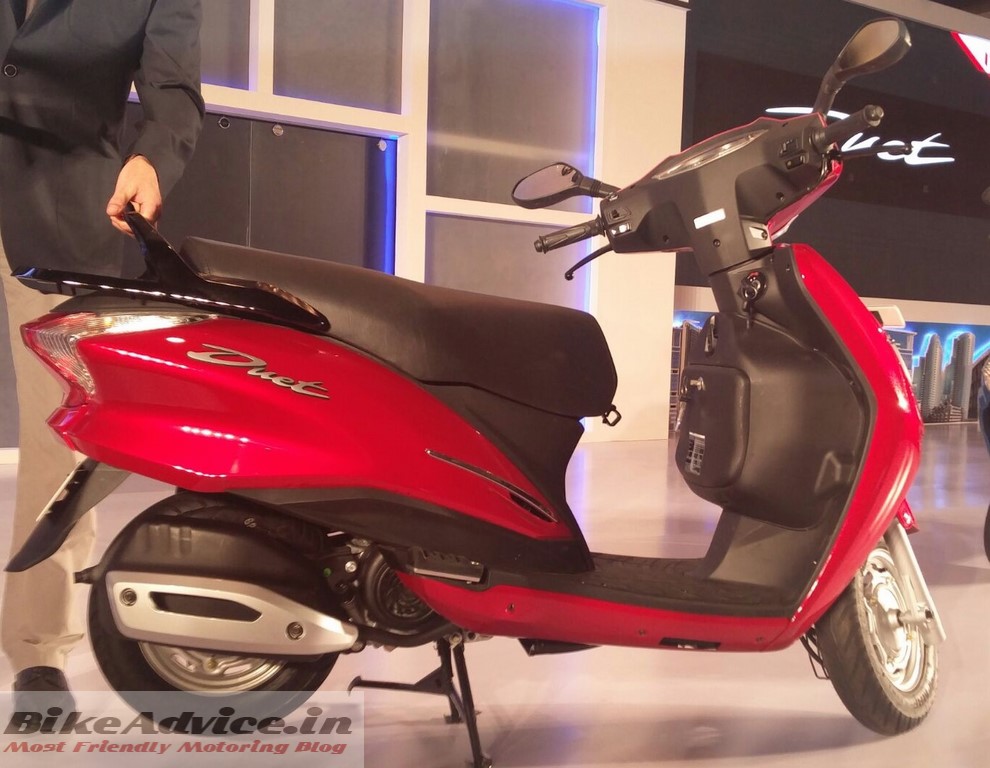 Along with the launch of the new Maestro Edge, Hero also unveiled another scooter called as Duet, which to us actually looks better. Duet also gets the all-new indigenously developed engine and more importantly a metal body which makes it a direct rival against the segment leader Activa. Here are more details… 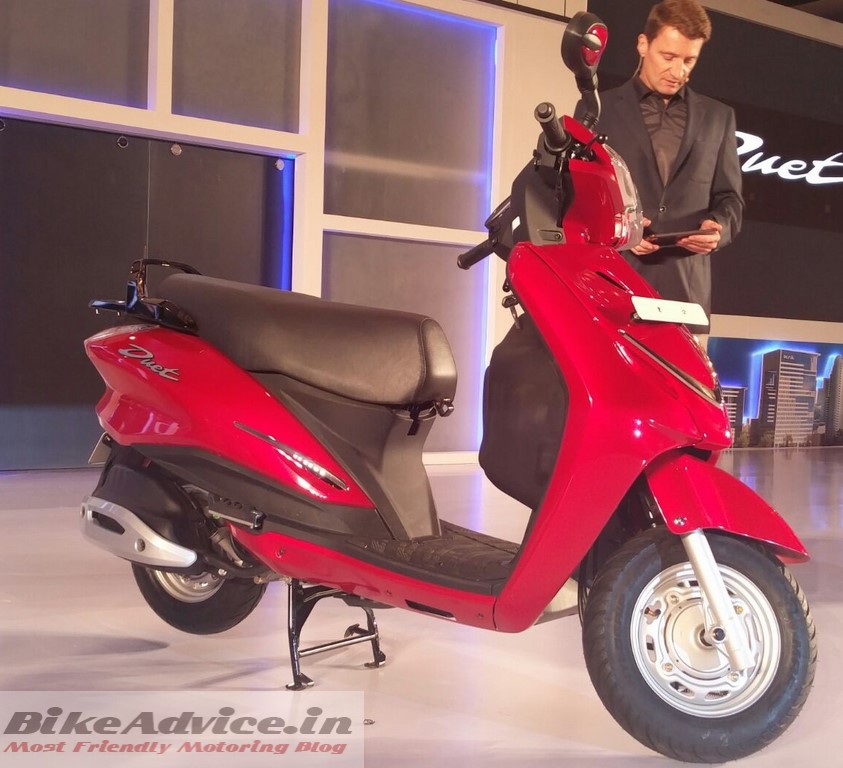 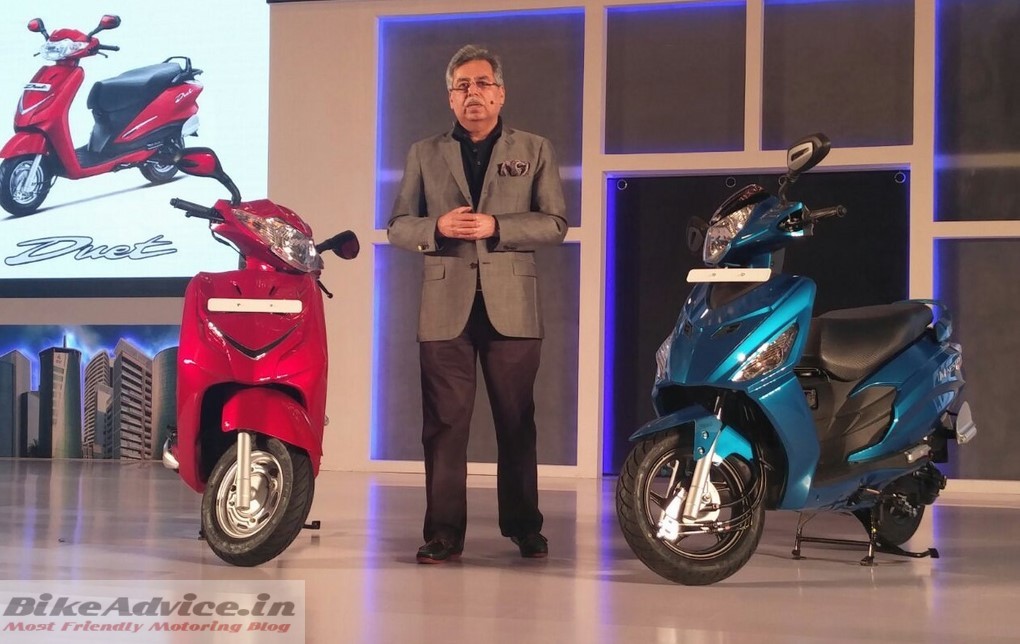 Hero has not revealed the prices of Duet in today’s event and has said that the official roll-out of Duet will follow after 13th October when Maestro Edge reaches the markets. But they have confirmed that Duet will be available in two variants – VX and LX. Hints are that it may be placed slightly under the new Maestro Edge.