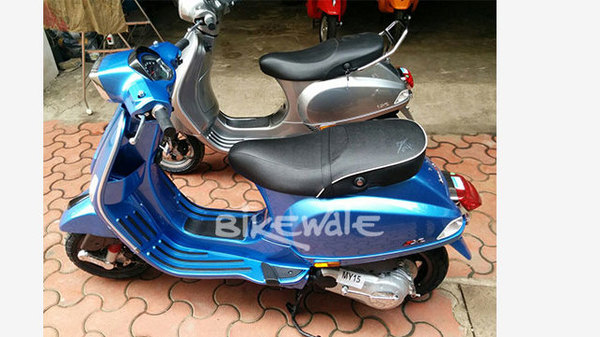 The Vespa line-up in India is all set to expand tomorrow when Piaggio brings out a new range of Vespas. While enthusiasts have been hoping that we may finally get a chance to see the bigger capacity products, things continue to be at a standstill, it seems!

New spy shots have come up at Bikewale which reveal that the new Vespas scheduled to be launched tomorrow are cosmetic updates, aiming to bring them back to the headlines. Christened as the Vespa SXL and Vespa VXL, the scooter variants shall most probably be powered by the same engine.

The present 125 cc 3 valve engine, on the current Vespas, produces a maximum power output of 10.06 PS at 7,500 rpm and 10.6 Nm of peak torque at 6,000 rpm. With a rectangular head lamp console like that of the Vespa S, the spy pics reveal that the new scooters too get a red coloured front suspension spring. They also get new alloy wheels and refurbished instrumentation cluster. 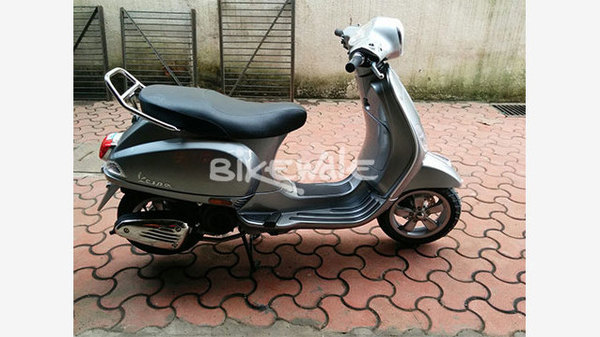 More details including its price will be revealed in tomorrow’s press conference which will also see the  announcement of their new brand ambassador – former Juventus captain Alessandro Del Piero.