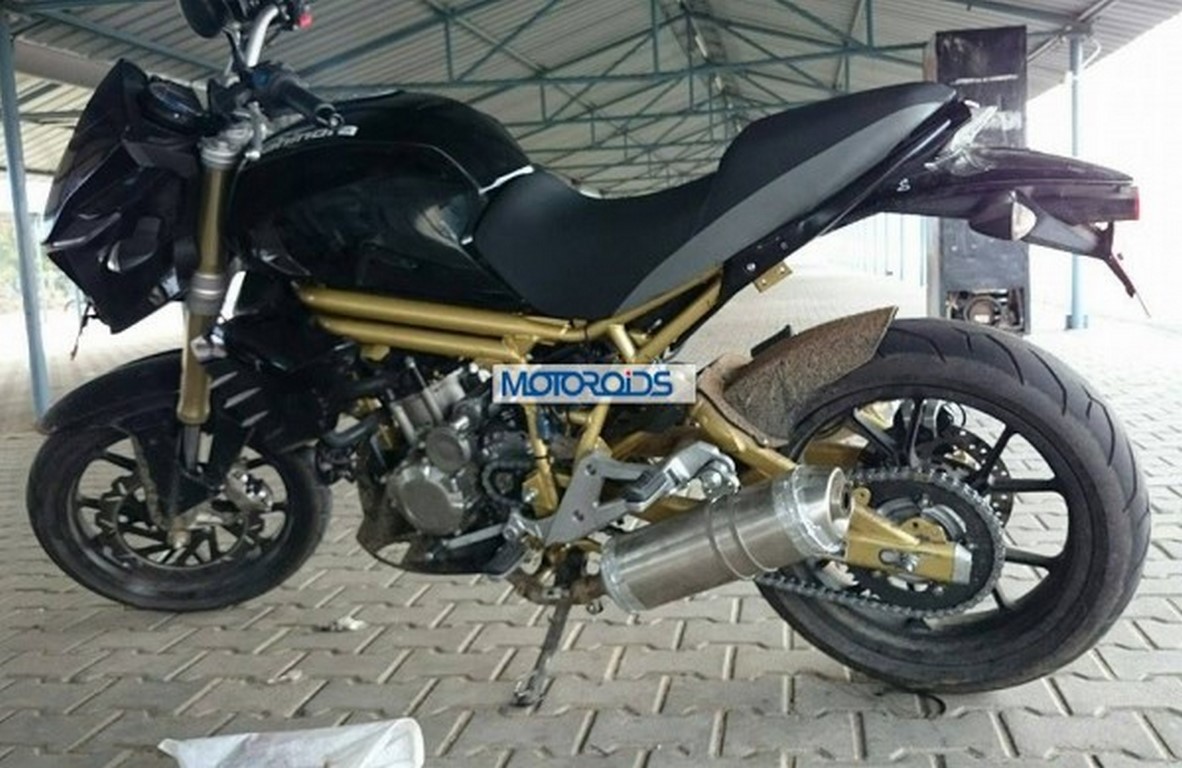 Mahindra’s Mojo has been in and out of the limelight ever so often but for some strange reason Mahindra is yet to launch the bike. Age just seems to be a number for it and with almost five years spent in developmental stage, the company has still not given out any official month or date about its launch date. The bike though, has resurfaced on the internet, thanks to Motoroids.com with an uncamouflaged unit clicked at the Kari Motor Speedway. 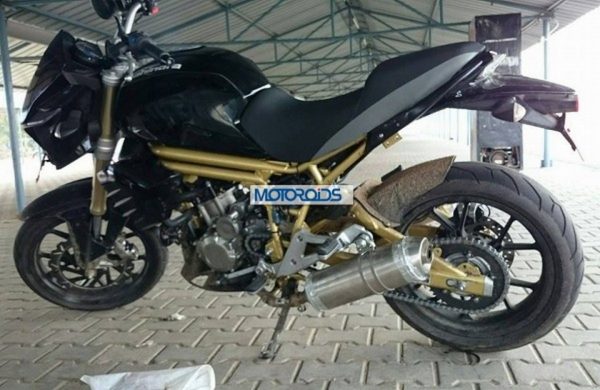 Ever since Mahindra upgraded its looks, the bike does manage to look exciting. A made in India 300cc segment motorcycle which in its first iteration in 2010 boasted of a maximum power of 26.2 PS and peak torque output of 24 Nm of torque. We are confident that these specs will definitely see increments! The naked appeal continues with a completely naked drive chain and big boxy exhaust canisters on both the sides. The striking golden yellow frame makes thing interesting. The analogue tachometer with a digital speedometer and an integrated gear shift indicator shall make it an easy read instrumentation package. 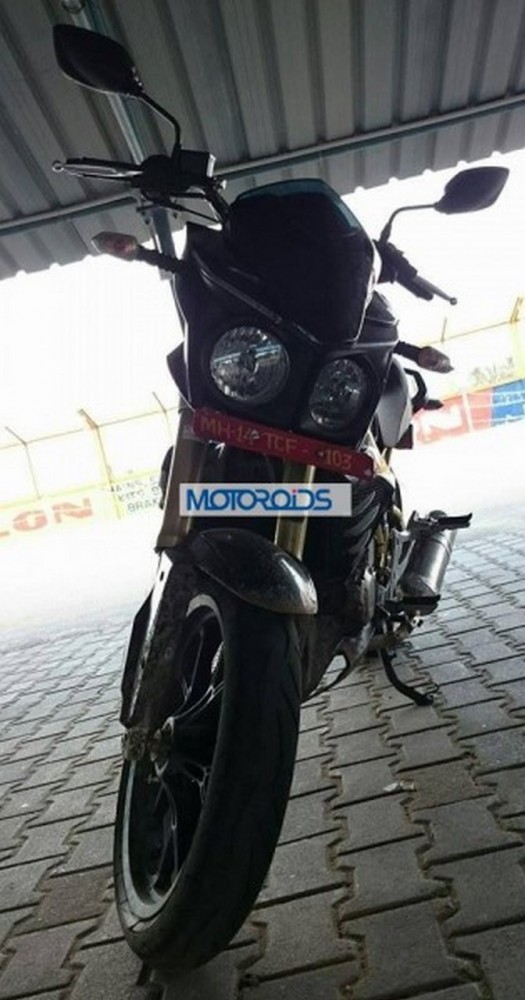 Testing at a racing circuit may mean some good news for speed enthusiasts but its high time they finally launch it up! According to the conversations we have had with various Mahindra officials, is is slated to launch next and should be in the showrooms by the end of this financial year!