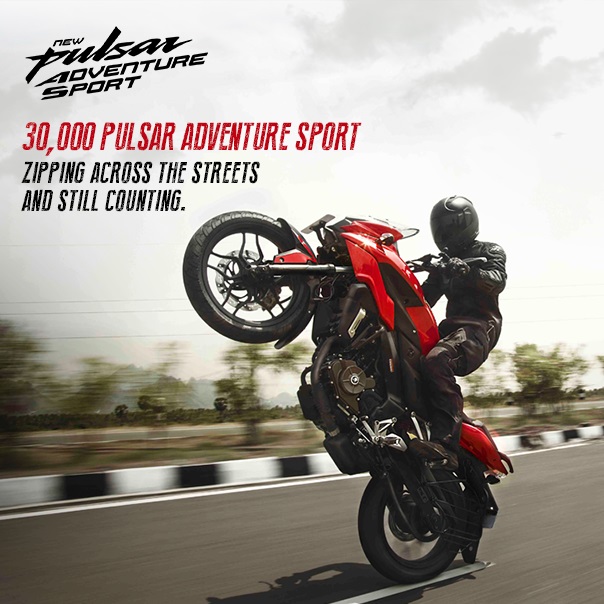 After being in the news for some wrong reasons of late, Bajaj is back with some positive post-launch success stories. At Facebook, they have proudly announced sales of 30,000 Pulsar Adventure Sports and we are in the fourth month after its launch in April this year.

But closely looking at it, are the sales ‘as per expectations‘? This figures average out to about 7500 motorcycles a month. Consider that it also includes the smaller Pulsar AS150 which costs lesser.

We draw out the following conclusions from this –

With time, Bajaj would want to shed dependence on the older generation Pulsars, including the Pulsar 220, and bridge the gap with their newer products. But considering the craze for their older Pulsars, we do not see this happening very soon…