Aren’t you guys fed up with 150cc bikes? I’m completely bored with these pieces of automobiles. Two – wheeler makers also understand this fact that this segment is gonna attain maturity stage and that makes every single of them step into the 250cc segment.  There is also another segment out here which is sire the reign the market in the coming days and that’s nothing but the 600 to 650cc segment. Machines falling under this category are what we, as Indian require exactly. Such machines are ideal enough to be used as touring bikes or track bikes; however one intends to use it. That’s the best fact about 600cc bikes. 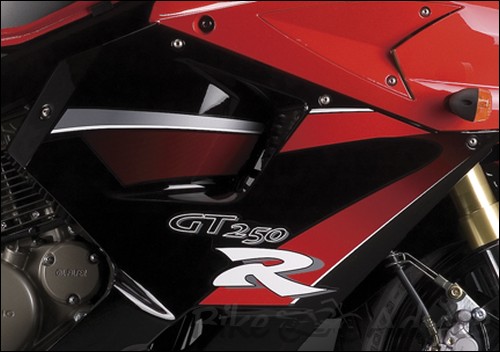 The sale of superbikes which are in the range of 600 cc+ and mini supers, in the 250 cc-650 range is set to see a drastic increase in sales in the next couple of years with their sales volume expected to rocket to a mindboggling figure of nearly two lakh units a year, according to a senior executive of Garware Motors which has tied up with South Korean company S&T Motors, manufacturer of Hyosung motorcycles, for importing them as CKD units.

Garware Motors says that the love for such high powered superbikes is not just limited to the twenty and odd age category who expect to flaunt the raw power of their bikes but even some guys in their 40s are hooked to it as they are trying to catch up with their lost youthful days thereby bringing back thereby getting a feel of nostalgia.

In a recent article in the Business Line, the lines of Mr Shivapada Ray, GM – Sales & Marketing, GML, Pune said that in less than a year since launch, the company has sold 500 superbikes in the 650 CC plus category in the country. These vehicles were in the price range of Rs 3.90 to 5.70 lakh price band and he also claimed that Hyosung’s were the largest superbike models sold in the country in a year.

Explaining the reasons for the same, he said the South Korean superbikes were powered by twin cylinder engines (V twin) that gave it high power. He then added that it was estimated that the market for superbikes was around 2,000 to 2,500 units a year in India and by selling 500 units in less than a year, GML (Garware Motors Ltd.) has emerged as the largest seller of superbikes in the country.

Mr Ray said Coimbatore was the 16th centre where the company has opened a new dealership. He said that by the month of May, the company would launch its 250 cc models too and in Coimbatore he was confident of selling 40-45 superbikes and 100-150 units of mini superbikes annually.

Finally, it’s a note of confirmation from the company’ side that the Hyosung GT250R will hit the Indian roads by the month of May of this year. Oh wow, that’s just 3 months away from now 0n. Now India is turning out to be a tough battlefield for players in this segment. Good for us!

Explaining the growth of the superbike and mini – superbike segments, he said the 150 cc up to 200 cc bike range is estimated to have a market of about 1.7 million units a year in the country. But in the next two years, the market share of the mini-super bikes is expected to explode to about 1.7 lakh units. These are in the price range of Rs 1.2 lakh to Rs 2.7 lakh. The market has attracted several players like Bajaj, Kawasaki, Honda, Suzuki etc but he was confident of Hyosung holding its dominance. Now, that proves the real potential of this segment.

Mr Ray said as in the case of the car market where the bigger hatchbacks are nudging 800 cc cars as entry level models, in the bike segment too, the dominance of 100 cc bikes is being shaken and in two to three years, 250 cc models will come to grab significant market share as entry level models.

So what do you guys expect to be the best bike in this segment in the coming days?