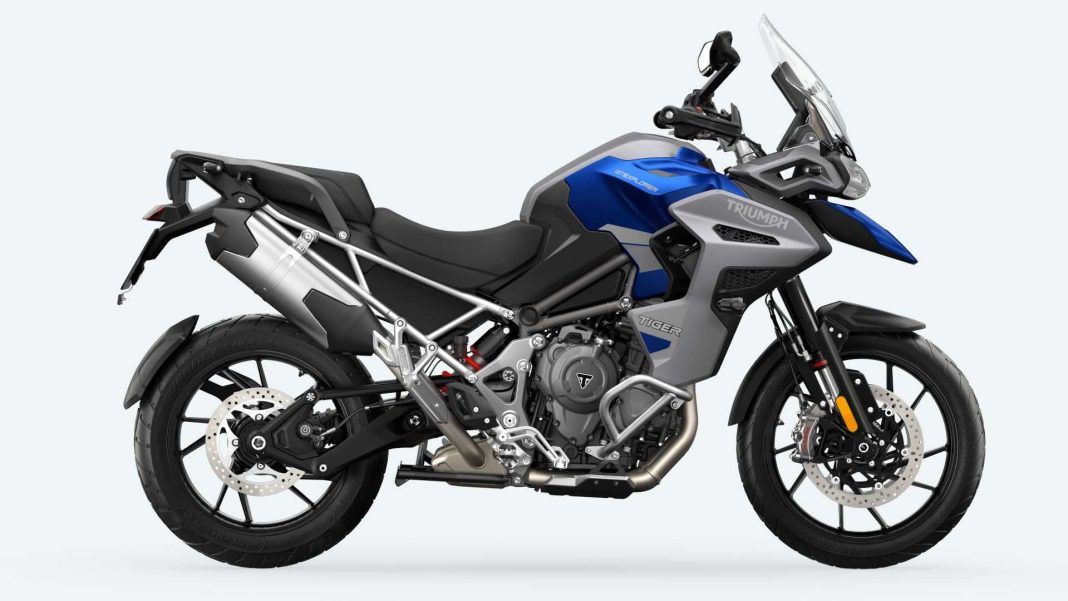 2022 Tiger 1200 India launch can be expected sometime next year. It is one epitome of adventure motorcycling and gets many interesting features…

Triumph Motorcycles has globally unveiled their all-new Tiger 1200 series consisting of Five new models. Triumph is claiming that the new Tiger 1200 is designed to be the most agile and capable large-capacity adventure motorcycle in the industry.

The big Tiger comes in two variants – The road-going GT range and the more off-road centric Rally Range. There are 3 models in the road-centric Tiger 1200 GT range – The GT, GT Pro (both with 20-liter fuel tank) and the GT Explorer (with 30-liter fuel tank). On the other hand, the wilderness-conquering Rally range comes in the Rally Pro (20-liter tank) and the Rally Explorer (30-liter tank) versions.

The bikes carry a more upright stance with a visually lighter front end, clean lines with a slimmer waist to aid riders of various stature. The GT range is a continent-smashing Tourer while the Explorer range is taking up the wild-challenges this planet of ours have on offer.

The Tiger 1200 is powered by a 1160 cc 3-cylinder motor producing 150 PS of power at 9000 RPM with 130 Nm of torque at 7000 RPM using a new uneven triple firing order. The engine is utilizing a 6-speed gearbox with a slip and assist clutch and is driven by a shaft-drive configuration.

The GT range of the new Triumph Tiger 1200 is equipped with the 19-inch front and 18-inch rear cast aluminium wheels. While the explorer range of bikes come with 21-inch front and 18-inch tubeless wire-spoked wheels. These bikes are utilising a new lightweight frame with bolt-on aluminium subframe along with pillion hangers and a tri-link swingarm.

The 2022 Tiger 1200 Series is equipped with semi-active Showa suspension set-up combined with 6 riding modes and optimized cornering traction control system. The braking system is from Brembo with cornering ABS as standard.

The weight of the whole Triumph Tiger 1200 ranges between 240 kg and 261 kg. Adding more to the large list of features the bikes are equipped with the Metzeler Karoo Street Rubber while the touring range comes in with Metzeler Tourance tyres.

The motorcycles starts at £14600 (Rs.14.62 Lakh) in the UK with a three year unlimited mileage warranty which is extendable as well. The new Triumph Tiger 1200 Series will directly compete with the likes of BMW 1250 GS and the KTM 1290 Super Adventure.