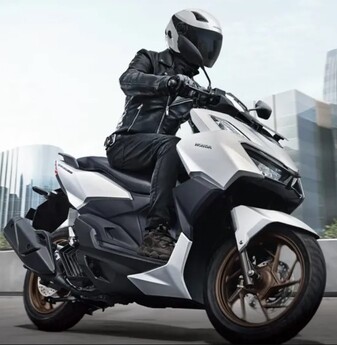 2022 Honda Vario 160 launch: The scoot gets sportier with new features and looks interesting. Should it come to India…?

It is often seen that Indonesia gets more likable products and that obviously has to do with the higher number of potential customers of such products. Honda have launched the updated 2022 Vario 160 in Indonesia, adding to their present offering of Vario 125. The Vario 160 is, loosely, a rival to Yamaha Aerox 155 sports scooter which is available on our shores.

The Vario series by Honda has been in production since 2006 and has received consistent cosmetic changes along with power upgrades over the years. In recent years it received an aggressive and sporty makeover to mimic the look of maxi-scooters.

Indian CB300R BSVI vs Euro5 – How Different Are They??

There seems to be no indication that Honda will bring the Vario 160 scooter to our market. However, we are sure that the scooter market leader will, one day, venture in this 150cc scooter space and it will be interesting to see which model will be the torch bearer for the brand.