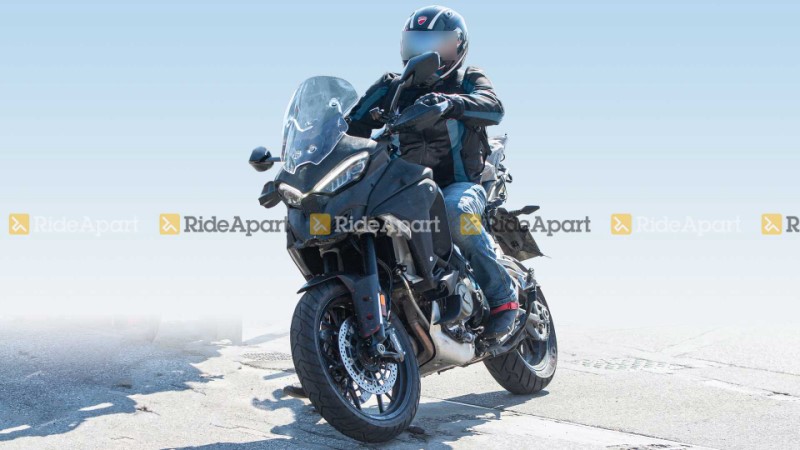 While there have been multiple rumors about Ducati Multistrada V4 being in works for more than a year now, the upcoming bike was officially confirmed by the Ducati CEO, Claudio Domenicali, on the occasion of Ducati Multistrada’s sixteenth birthday. Coincidentally, the sixteenth birthday coincided when the brand achieved the milestone of producing 100,000 units of the bike.

The all-new adventure V4 looks close to being production-ready, and the bike takes its design hints from the other members of the Multistrada family. The ADV comes with a semi-fairing that features wide air-intakes and exhausts on each side of the radiator.

Other new features of the motorcycle include dual-discs at the front, chunky USD forks, triangular open-swingarm, and an exposed trellis subframe. The V4 also carries over many components from the existing Multistradas, including the yellow off-set rear shock absorber with a piggyback reservoir, Multistrada 950’s y-spoke circles, etc.

It looks like the new V4 bike will not replace any existing bike in the Multistrada lineup, and will be a new addition to the series. The 1,103 cc motorcycle is expected to be launched very soon in the coming days, as it looks almost ready for the showdown.