EICMA. The golden boy event of the global motorcycle industry is just round the corner. KTM is all set to make the most of this opportunity and are going to bring the 2017 Duke 390! While they did confirm the bike earlier, this is the first time they have officially teased the bike. Yes, it is finally happening.

The teaser video does not show the bike, but reveals the new headlight console. The LED headlamps are prominently visible along with an outline of DRLs. A man is shown running in the streets, being chased by someone (in this case being the bike). The scene then changes to the motorcycle.

The 2017 KTM Duke 390 is to gain a new body style with a re-worked subframe. The engine is also to be in a new avatar, with words floating around of an additional counter balancer shaft to control vibrations. That’s not all, a spy video has revealed new buttons on the left handlebar, revealing the possibility of riding modes. 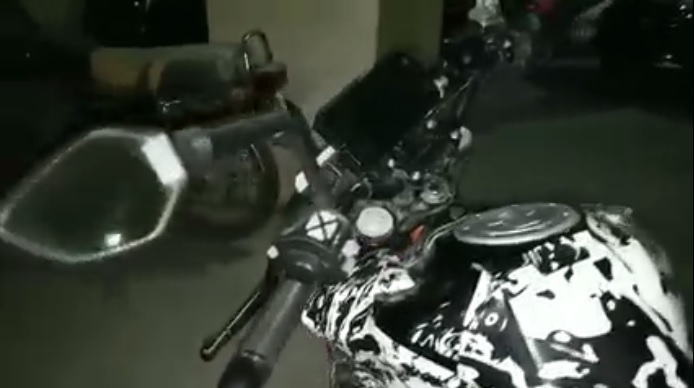 The video ends with the date November 8, which is the day when EICMA begins. The KTM Duke 390 has received a lot of appreciation across the world. However, the affordability part has been a boon for motorcycle enthusiasts. The feature loaded bike provides the rider a lot of performance at the slightest swing of the wrist along with the premium add-ons like standard ABS, track-centric tyres and slipper clutch. 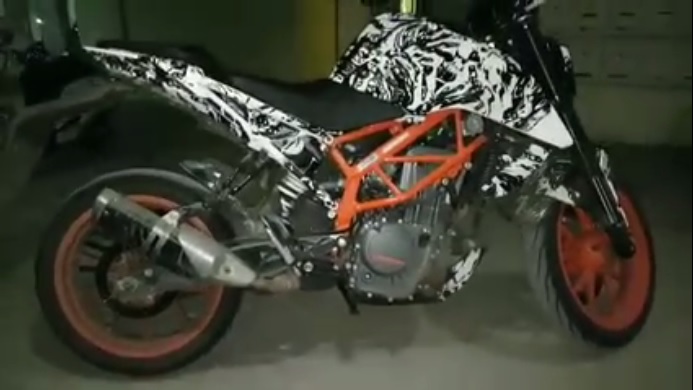 With the new version unveiled later this month, India launch can be expected in the first quarter of the new calendar year. the teaser can be viewed on their micro-site for the new Dukes.