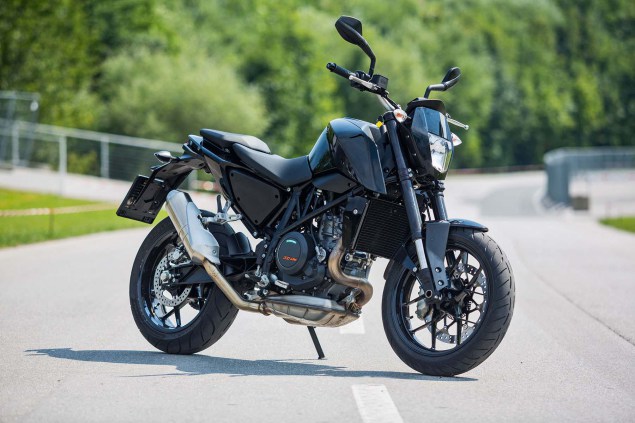 KTM has revealed its new 2016 Duke 690 and it gets a host of changes including a power bump.

KTM is continuing its single cylinder carnage and is on the fast track to update the existing Duke 690, a bike for which we Indians have been waiting eagerly! The 2016 KTM Duke 690 has been revealed by the Austrian manufacturer along with some of its technical details.

The prototype revealed by KTM has an all-black paint over it even on the trellis frame which has always been orange in colour! Only the crankcase cover gets LC4 KTM lettering in orange. The instrumentation cluster now becomes a new TFT display which mimics a mobile phone’s shape. It will get traction control as an optional extra whose electronic controls will be displayed on the TFT screen! 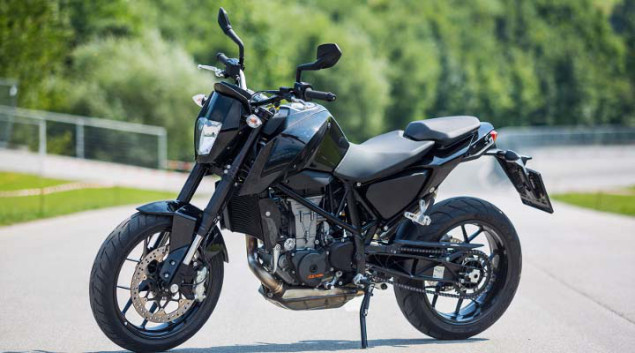 Mechanically, the bike gets a displacement boost of 3 cc, thanks to a larger bore and shorter stroke, bringing up the total to 693 cc. The engine now complies with Euro 4 emission norms and also gets bigger valves and a more compact cylinder head. 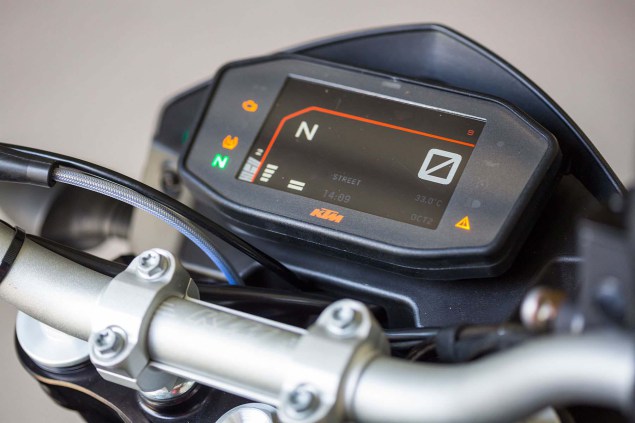 A report at Asphalt and Rubber adds that all this helps the bike get a power boost, pulling the maximum power up to around 74 PS at 8,500 rpm. The torque too sees a jump of around 6 per cent. The peak power output though maximises 1,000 rpm later than the present version. 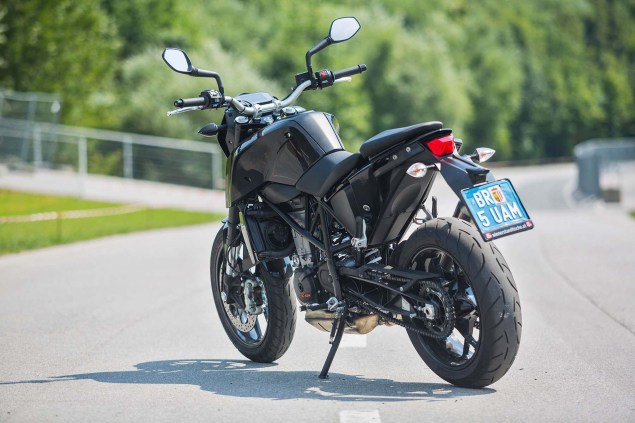 The bike is also set to get three riding modes (Sport, Street and Rain). These can be selected by the updated left handlebar switch gear. Bosch 9M+ switchable ABS will also be available as standard. So KTM, when are getting this treat here in India..?