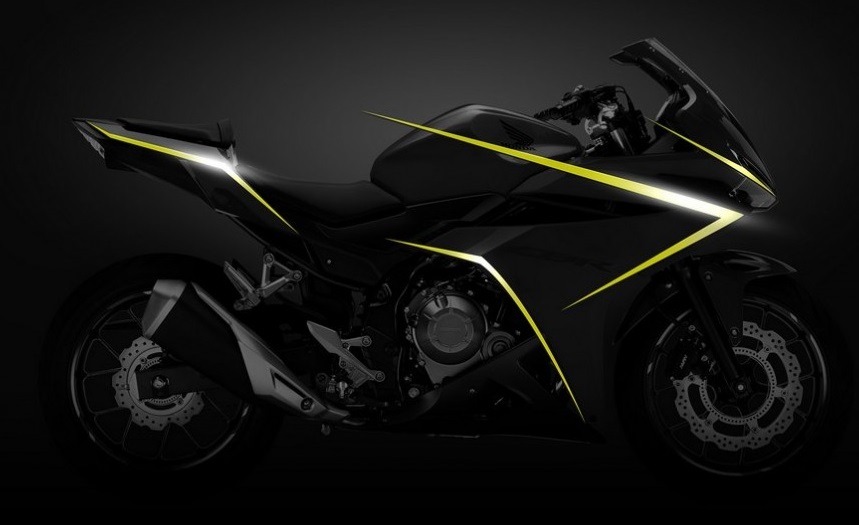 Honda has announced the NEW 2016 CBR500R for the upcoming AIM Expo (American International Motorcycle Expo), which is one of the biggest motorcycle shows on the other side of the planet, set to be held this month in Florida.

Launched back in 2013, the CBR500R was showcased in India at the 2014 Auto Expo and is on sale even in Pakistan while it has been quashed for our market by the top bosses of Honda India.

Nonetheless, here is a quick list of changes which we see in the teaser images shared by the Jap…

The new Honda CBR 500R is set to be go on sale in the US in 2016 with plans to introduce the bike in the other countries in North America, Europe, and Asia. The CBR500R at present houses a 471 cc liquid cooled parallel twin engine and churns out 47.5 PS of peak power and 43 Nm of maximum torque, however it weighs 193 kgs.