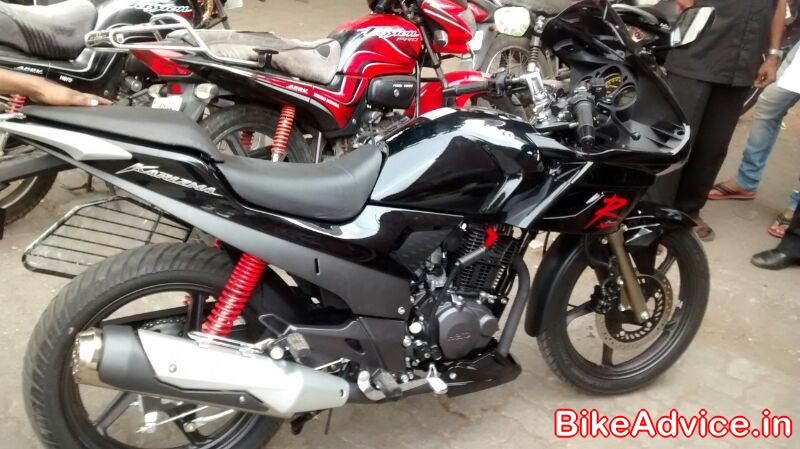 So, if you were just on the brink of buying some other 200-250cc, Hero has sent the first batch of 2014 Karizma R and Karizma ZMR to showrooms and both the bikes are already on sale according to local dealers. 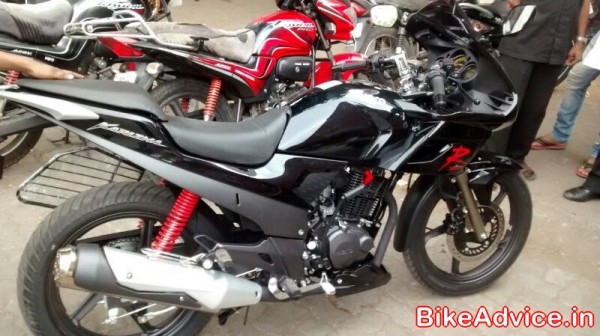 Our reader Tauseef has shared these pics of the new 2014 Karizma R from one of the showroom in Mumbai along with a word – ‘it looks good in person‘!

The bikes have reached major dealerships of the country with the remaining ones to get them soon. Price increment is in the region of about 6-7k. 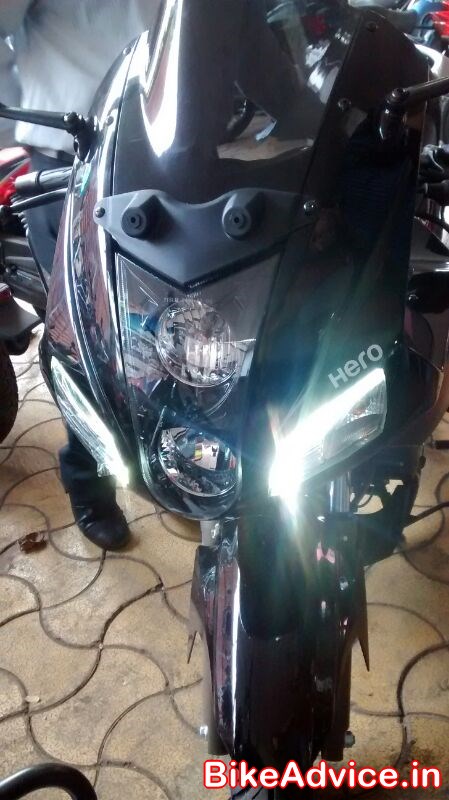 2014 Karizma R comes with the same air-cooled caurburetted 223cc engine but produces 19.2bhp of increased power and 19.35Nm of torque. This is against the 17 bhp & 18.35Nm the outgoing Karizma R produced.

The 2014 Karizma ZMR also gets the same Oil-Cooled fuel-injected 223cc engine which produces 20bhp of power and 19.7Nm of torque as compared to 17.6bhp and 18.35Nm the earlier ZMR churned out. 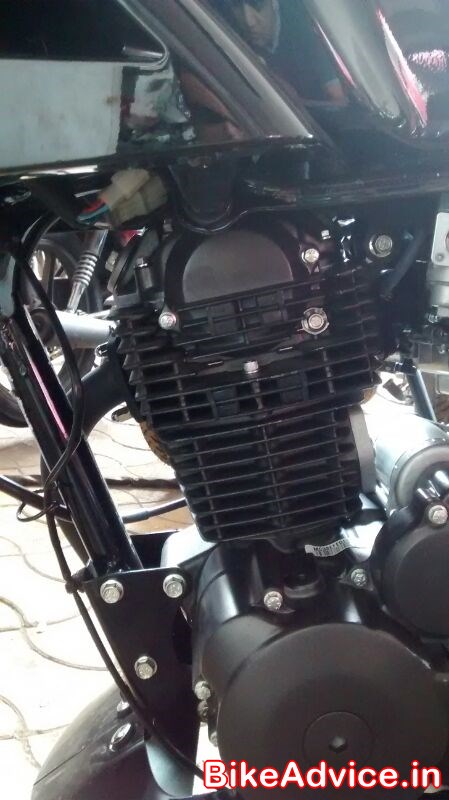 Along with these power enhancements, both the bikes are claimed to be slightly quicker to 60kmph. The new ZMR does this in 3.6 seconds (older 3.7 sec) and the new Karizma R reaches 60kmph in 3.6 seconds as well (as compared to 3.8 sec of the older model). All these are official Hero claimed figures.

Bookings are already on and at least the black color of Karizma R is available off the shelf without any waiting period.

Along with this, we are also sharing a very quick ride review shortly, keep tuned!