Pulsar is one brand of bikes in India which has succeeded after makeovers and upgrades in every single form right from its inception. The story goes back to as early as 2001 when the first generation Pulsar with no headlamp fairing and round bare speedo dials swayed the market which ended up making great market share for Bajaj Auto. This particular model though was the first Pulsar in the country still makes good deal in the used bike market owing to its macho looks. 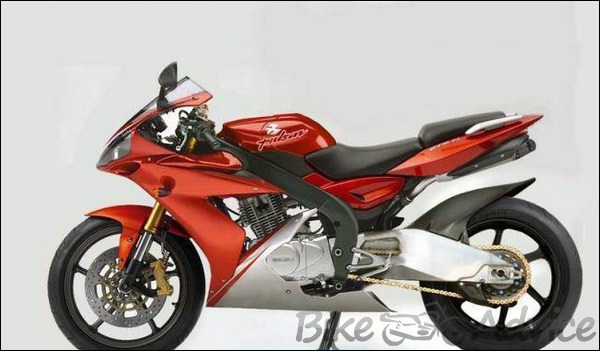 Let’s stop talking about history and come back to the topic now. We just had a news about a couple of weeks back or so that the visually tweaked Pulsar doesn’t match and cope up to the expectations of the customers and hence was off the track compared with the hypes created in the market in regard with this model. But, that visually upgraded (or merely dual tone painted) Pulsars are not the next generation Pulsar. The 2012 model will be out by the end of this year, anytime in the month of December.

Bajaj Auto has confirmed this much awaited news and it is observed that this launch will be to commemorate 10 years of success of Pulsar brand in India. Off late, Bajaj Auto decided to make every product of it as an individual brand, following which Pulsar became a brand by itself. But, this was just a part of marketing strategy which the nation’s second largest two wheeler manufacturer came up with.

In a recent interview, Mr. Rajiv Bajaj, MD, Bajaj Auto said. “The new Pulsar will be 100 percent brand new and will come with technology better than the current DTS-i. The new technology is the next level for motorcycles, not just the next level for Bajaj.” This statement finally makes the news official, marking an end to all the rumours spreading across the internet and various other sources as well.

Industry sources reveal that the 2012 Pulsar will not be a mere upgrade of the existing model, but will be an entirely all new product raised from ground zero.  Mr. Rajiv Bajaj also added, “We launched the first Pulsar in November 2001 and are now ready with a 100 per cent new bike with remarkable engine technology. It is really the next big step after DTS-i.”

Mr. Bajaj also claims that the next generation Pulsar will sport technologies and features which no other Indian bike has seen or experienced so far. This creates more hype for the next breed of Pulsars. Pulsar is still the lifeline for Bajaj Auto in making record sales year after year. So, there are even chances that a higher displacement Pulsar to be on the queue. There are in fact chances for a 250 cc bike from the company’s stable.

The MDof Bajaj Auto also said, “Our market share is going to stay at 27 per cent for now, but as the Boxer catches on and as we introduce the new Pulsar in January, I certainly hope that we will gain market share. I hope for 30 per cent market share by the time we finish this fiscal year.” When he was the details of the engine that the new bike will sport, he said that the details will be out in due course of time.

There are also chances that this bike will be based on the platform of Austrian brand KTM, on which Bajaj Auto holds 39 per cent stake. The Duke 200 will anyways be showcased in the Delhi Auto Expo which is scheduled to happen on the month of December. So, though we cannot comment about the platform on which the Pulsar will be based, there are high possibilities for this to happen.

Though the 2012 Pulsar will be showcased by the end of this year, it will rock the roads only by next year for that’s when the bike will come alive to its production stage. The company is also planning to invest approximate sum of around INR 500 crores in the financial year 2013 as part of its expansion plans.

So, can it be said that the wait is finally over? What do you guys expect from the next gen Pulsar? Do you think it will be worth the wait and will surely be ‘THE’ bike which many of you are waiting for? Leave your comments in the form of words below.