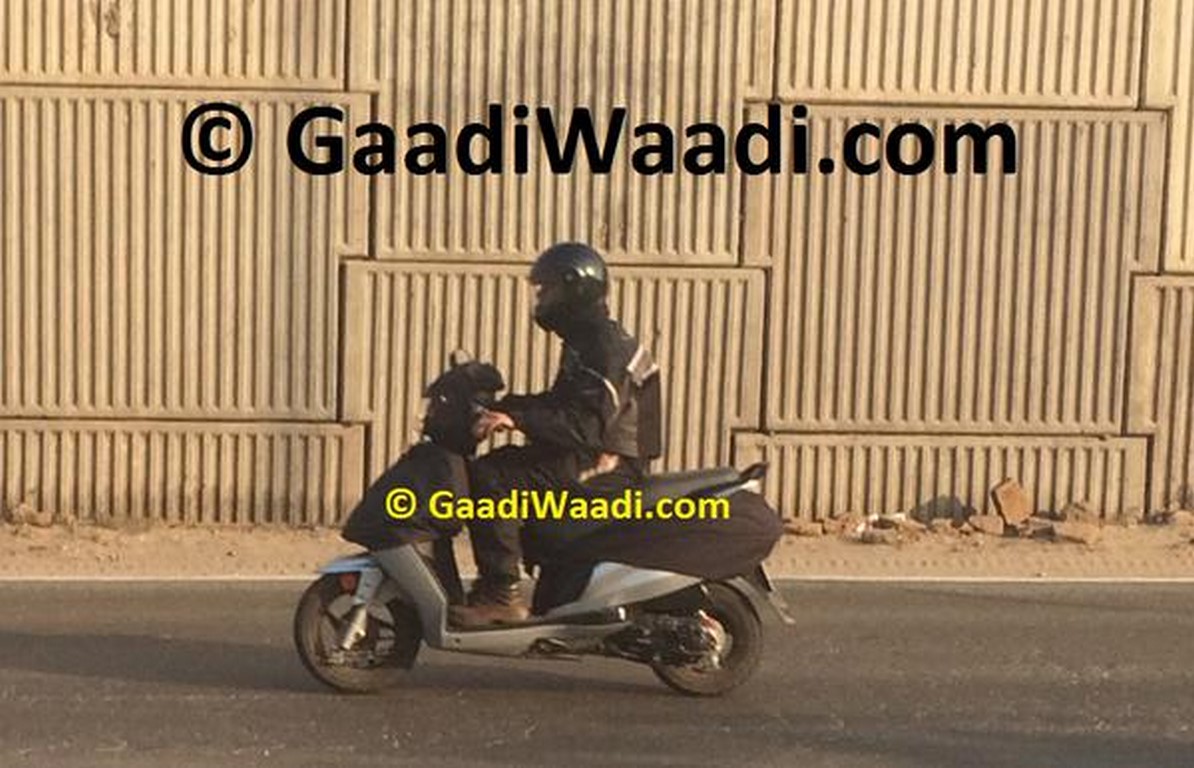 Hero MotoCorp’s biggest threat to its numero uno position is Honda, and probably the only way they can increase the gap between them is to pump up their scooter sales. Guess they have taken this seriously enough. Hero Dash, which was showcased days ahead of the Auto Expo, has been clicked while it was out for tests. 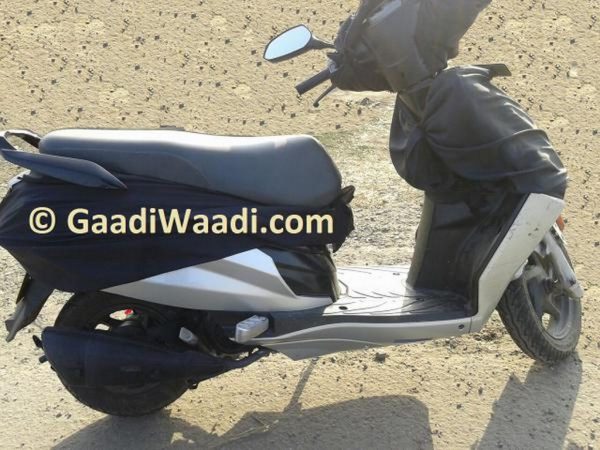 Just a few days back another mysterious scooter was captured which looks different from anything Hero has unveiled yet. While we do not have many details of that scooter, according to what Hero has already shared, Dash will be a 110cc offering from the company and may be placed over the current crop. The styling remains very much like that of the Maestro but Hero has incorporated a few subtle changes. 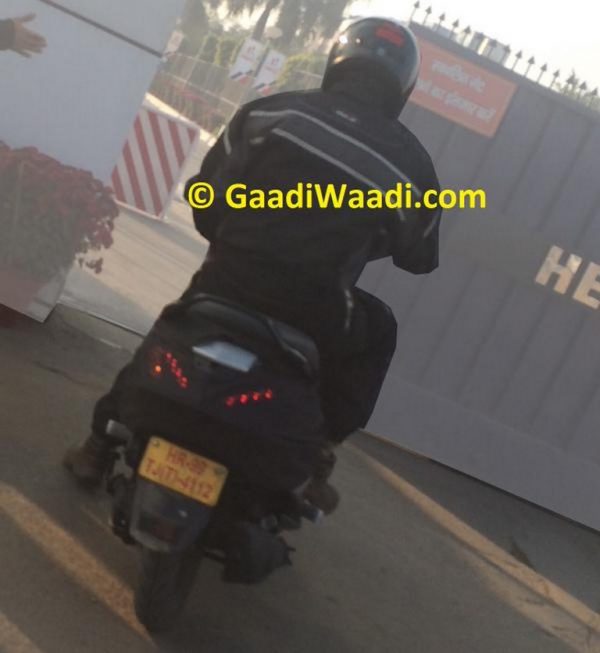 These spyshots by Gaadiwaadi.com reveal the sharp lines which the Dash flaunts. The scooter gets telescopic front forks finally and Hero’s version of Integrated Braking System. The tail lamp may also feature LEDs. 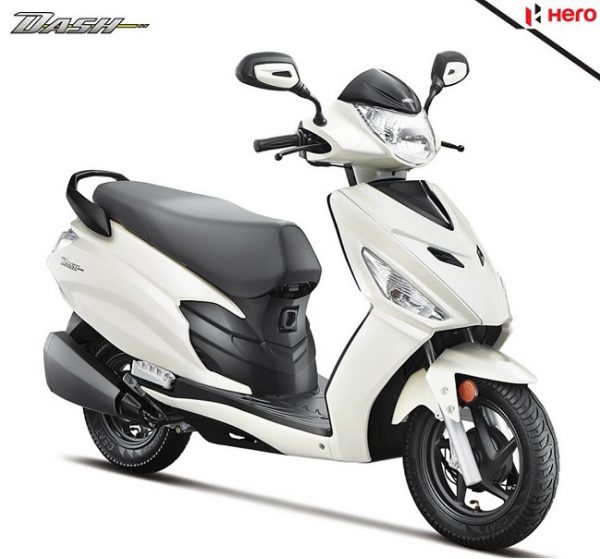 The four stroke mill claims to produce 8.4 bhp of power at 7,500 rpm and 9.4 Nm of peak torque at 5,750 rpm which are impressive figures. The scooter also gets some interesting features like external fuel lid, light for under-seat storage and a mobile charging socket. It also gets tubeless tyres. While the scooter’s engine continues to be one derived from Honda, Hero’s real test will be when its indigenous engines start finding a home on their products. Launch is expected within a few months…

Related: From 110cc to 150cc: List of 3 Upcoming Scooters From Hero